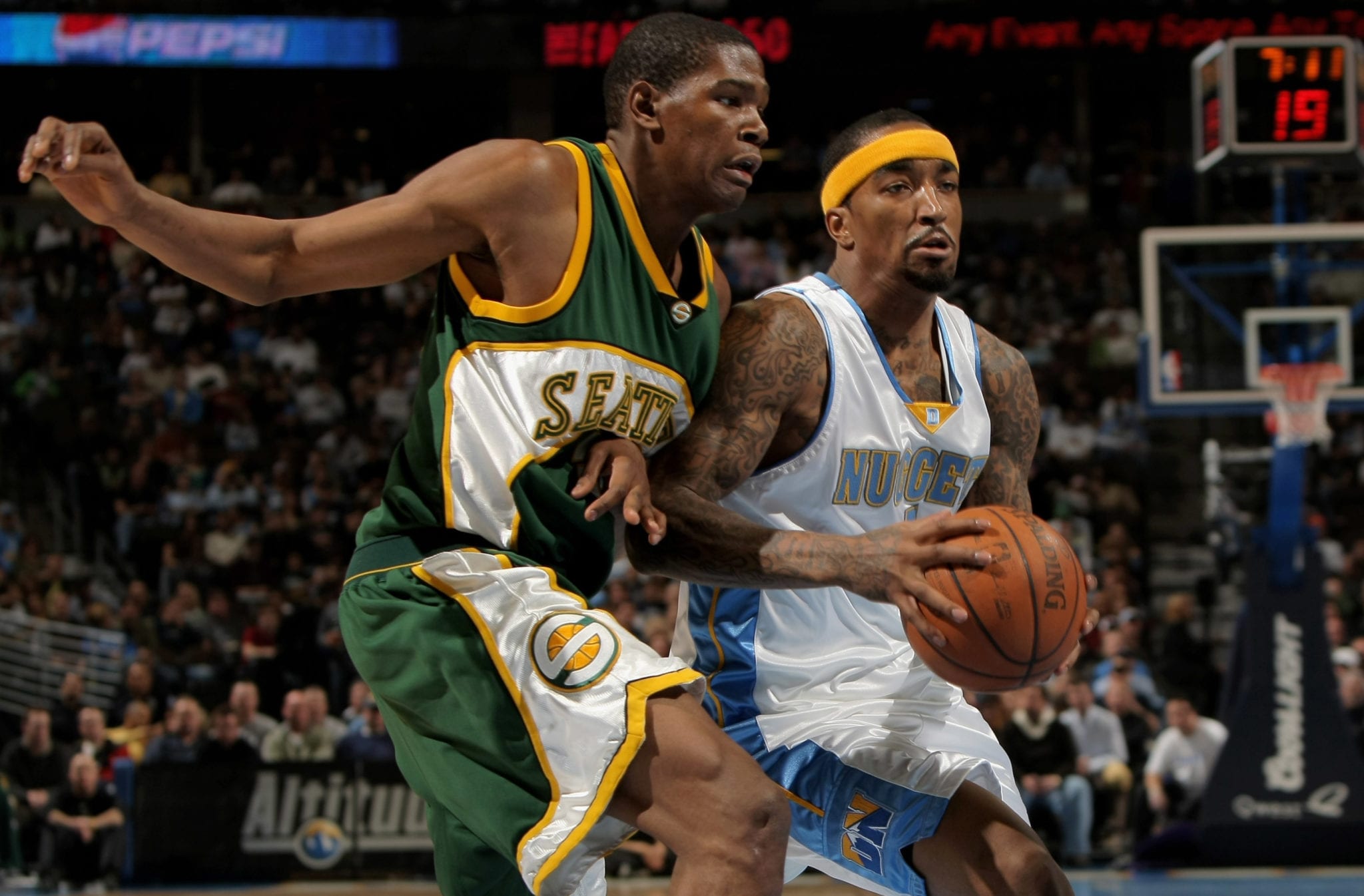 It’s been more than ten years since the SuperSonics left Seattle and started anew in Oklahoma City, but recent comments by Adam Silver have fans in a frenzy that the Supersonics may return to the court.

“I think I’ve always said that it’s sort of the manifest destiny of the league that you expand at some point,” Silver told the media on Monday. “I’d say it’s caused us to maybe dust off some of the analyses on the economic and competitive impacts of expansion. We’ve been putting a little bit more time into it than we were pre-pandemic. But certainly not to the point that expansion is on the front burner.”

The SuperSonics won their only title back in 1979, powered by guard Dennis Johnson and center Jack Sikma and before Kevin Durant teamed up with Russell Westbrook and James Harden on the Thunder, he was making spectacular shots as a rookie in green and gold.

Durant was drafted second in the 2007 draft out of the University of Texas and was named Rookie of the Month five times during his first season.

But Seattle hasn’t had a team since the Sonics traded their name and colors and headed to the Midwest.

Adam Silver and the NBA. GIVE US BACK OUR SONICS! WE DESERVE OUR SONICS BACK AND IF NOT ANOTHER TEAM WHETHER IT BE BY EXPANSION OR ANOTHER TEAM RE-LOCATING.
THAT WAS MESSED UP ON WHAT YOU ALL DID TO US FANS AND THE CITY OF SEATTLE! pic.twitter.com/Lsplcj3U4f

Seems pretty obvious (to me) Seattle should be one of the teams when the NBA expands. Who should get the other one?

The last NBA expansion was the Charlotte Bobcats, now Hornets, in 2004.

“We’re very appreciative of the markets that have indicated an interest in having an NBA team. One of the issues for the league office, and this comes up all the time in terms of competitiveness, it’s not a secret that we don’t have 30 competitive teams at any given time right now when you go into the season, measured by likelihood of ability to win a championship,” said Silver.

The league tips off the 2020-21 season Tuesday as the Brooklyn Nets take on the Golden State Warriors and the defending champion LA Lakers go up against the Clippers.