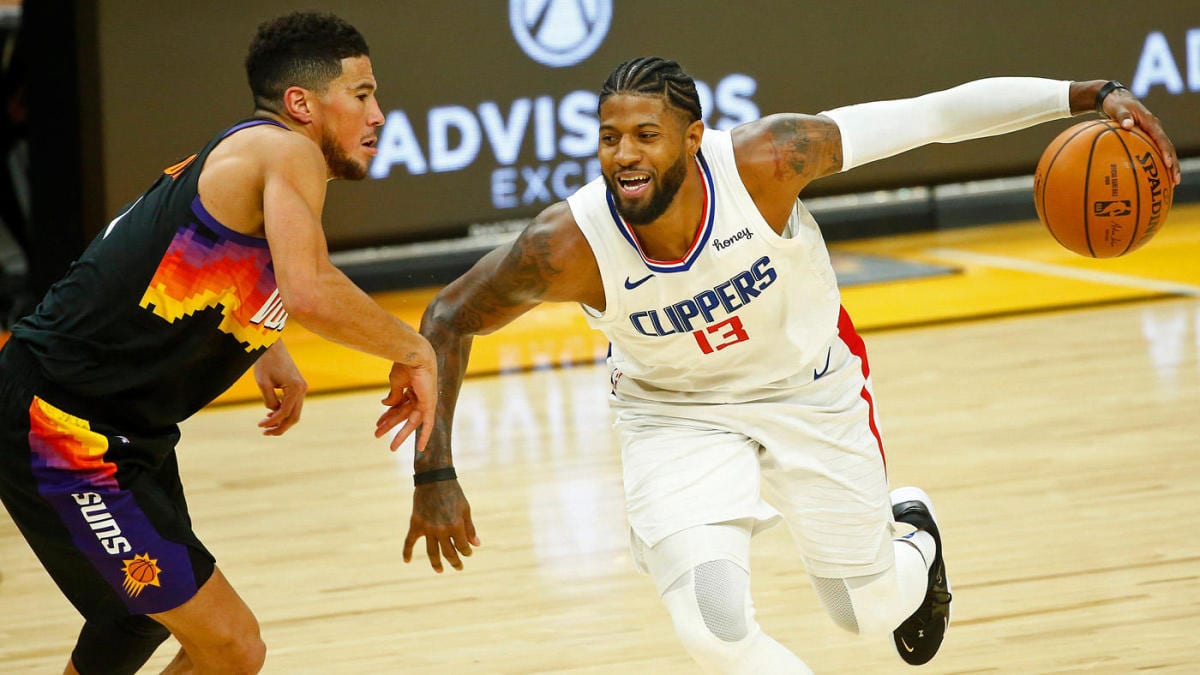 The Clippers once again find themselves fighting to avoid a 2-0 deficit for the third straight series.

LA is currently set as the underdogs in Tuesday night’s Game 2 against Phoenix in the valley after dropping Game 1 in which Devin Booker scored his first triple-double.

According to Yahoo Sports’ Jared Quay and BetMGM, the Suns sit as -4.5 favorites.

The Clippers have pulled off some amazing comebacks this postseason, including two consecutive 2-0 holes; first against Luka Doncic and the Dallas Mavericks to win in seven games, and then winning in six games against  Donovan Mitchell and the Utah Jazz.

But the Suns are playing like a team on a mission in these playoffs.

Phoenix is rested, riding high on confidence after knocking off the defending champion Lakers and the MVP Nikola Jokic and his Denver Nuggets.

Despite the absence of their floor general, Chris Paul, they’re still running the same high octane offense so far in this series.

The Clippers came off a quick day-and-a-half turnaround after beating Utah to play Game 1 and should be better prepared for Game 2.

The task at hand is LA’s most difficult by far as the Suns are 18-2 in their last 20 home games.

Those two losses were Game 2 against the Lakers in the first round, and on April 17 to the San Antonio Spurs.

Since the middle of March, the Suns have been nearly unbeatable at home.

Both teams will continue to miss their two most important players in Kawhi Leonard and Chris Paul.

Paul still remains in COVID protocols but is expected to clear soon, and Leonard is treating his sprained knee back in Los Angeles.

Game 2 of the Western Conference Finals may prove to be as pivotal as ever for the Los Angeles Clippers as they try to finally break through the West and get to their first NBA Finals in franchise history.