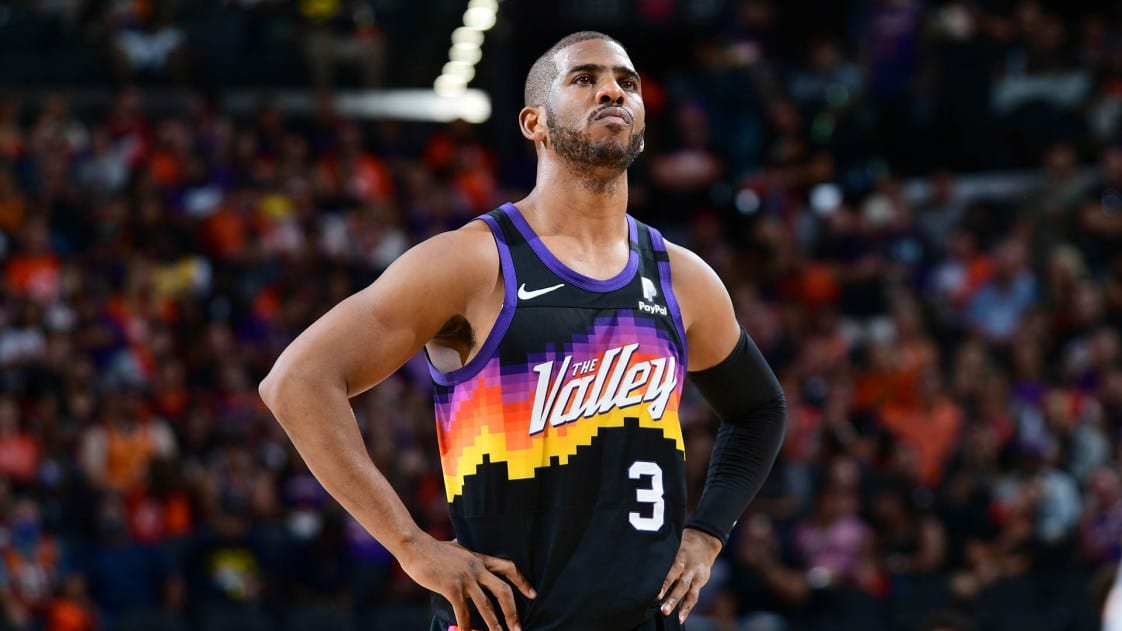 The Phoenix Suns are hopeful guard Chris Paul will clear COVID protocol soon as he remains symptom-free since testing positive for COVID-19, according to sources.

Paul’s status for Game 2 of the Western Conference Finals is still unknown.

The 11-time NBA All-Star has been quarantining in Los Angeles.

Despite his absence in Game 1, the Suns took care of business on the back of Devin Booker and his 40 point triple-double to give Phoenix a 120-114 victory and a 1-0 lead in this best of seven.

“We wanted to do it for him,” Booker said.

“We talked about that pregame. We knew we were all going to have to give it a little bit more. Ball security and my job keeping everybody involved; stuff that’s usually on Chris’ plate. We all had to make up for it as a team.”

Coach Monty Williams gave an update on Paul during a press conference:

“I probably drive the people here crazy with that, but that’s the way it is. We’re hopeful that any day now we hear he can ramp up and get back with us. But right now, he’s in the protocol.”

Payne said he got some advice from the savvy veteran prior to Game 1.

“[Paul] said the game is going to be hectic, but keep your poise,” Payne said.

“That was the first thing he told me. He called me yesterday, and he said, ‘The game’s going to get hectic. Don’t worry about it; be poised. I know y’all ain’t played in a long time and the crowd is going to be crazy,’ but he was like, ‘Be poised and get on to the next play.’”

Game 2 is set for Tuesday night in Phoenix.

Should Chris Paul not be able to return for Game 2, there is more optimism that he will make his first appearance in this series in Game 3 when the teams play in Los Angeles.