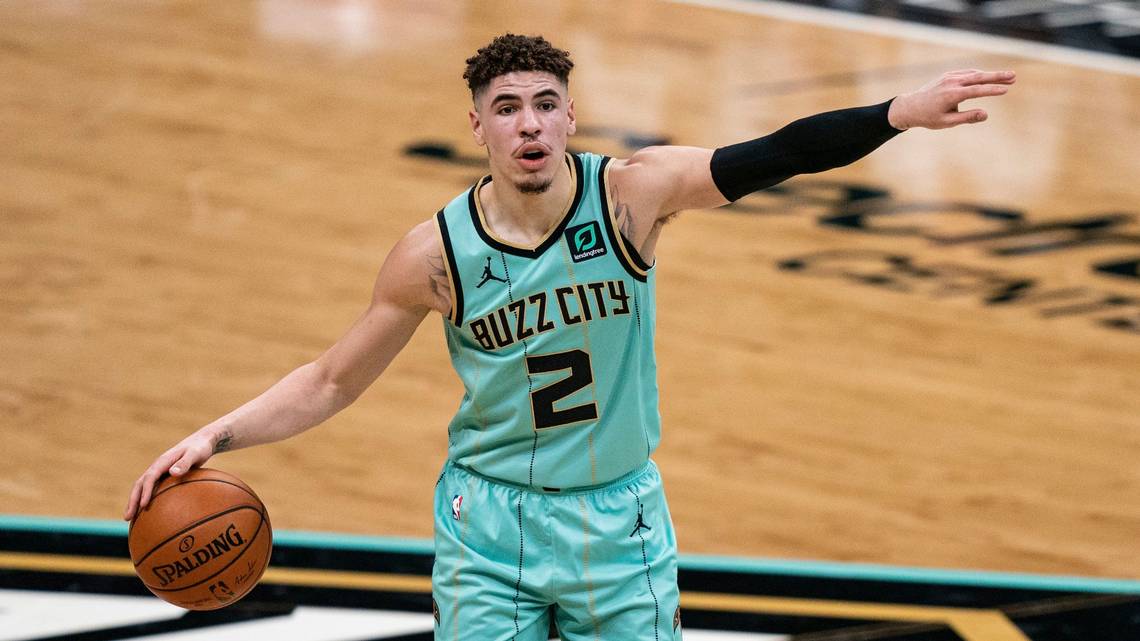 The Charlotte Hornets announced on Sunday that rookie guard LaMelo Ball has a broken bone in his right wrist.

An MRI on Sunday confirmed the initial diagnosis of a broken bone.

ESPN’s Adrian Wojnarowski reports that the rookie is expected to miss the rest of the season.

The injury appeared to occur early in Saturday’s game when Ball fell.

He did attempt to return but eventually left for good in the fourth quarter.

Here is the play where LaMelo Ball fractured his right wrist ⤵️ pic.twitter.com/MO1NdpAIUu

“It looked to me like he was having some discomfort there, so I took him out,” Hornets coach James Borrego said Saturday, per Hornets reporter Rod Boone.

The young star has surpassed expectations and has the Hornets in playoff position in the Eastern Conference while also being a leading candidate for Rookie of the Year.

Through 41 games, the youngest Ball brother is averaging 15.9 points, 6.1 assists, and 5.9 rebounds while quickly shutting down critics of his shooting ability, averaging 45.1% from the floor and 37.5% from behind the arc.

Ball’s absence will hurt a team that is performing much better than last year.

The rookie guard will look for a second opinion to determine if the injury is severe enough to miss the rest of the season.