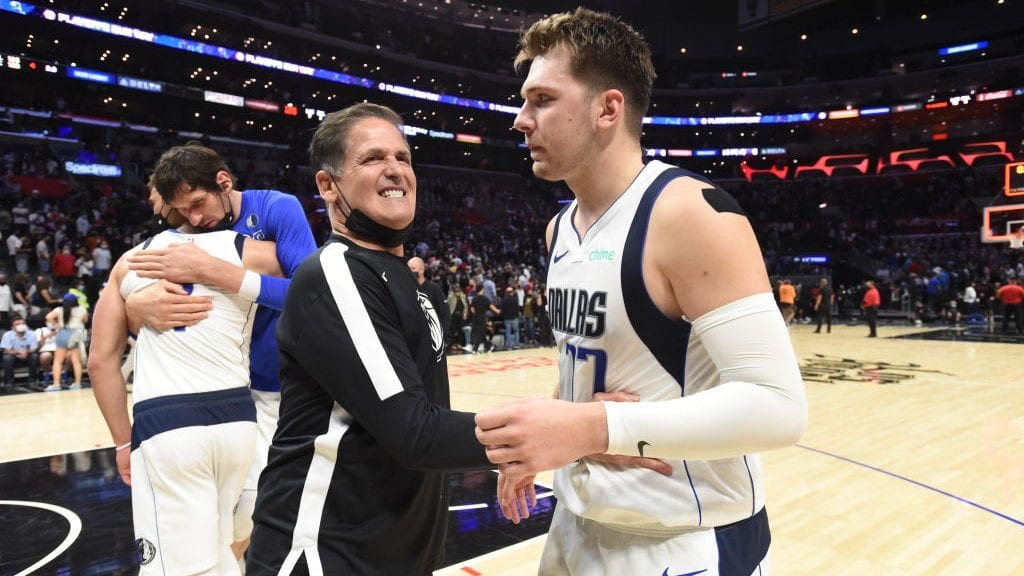 Dallas Mavericks superstar Luka Doncic has hinted that he will sign a supermax extension that he will be eligible for on August 6.

However, a rumored rift with Mavs front office executive Harabalos Voulgaris that appeared in an article on The Athletic has sources wondering whether Doncic will be around for the long haul.

The piece outlined the influence sports-gambler turned executive Voulgaris has reportedly had on the team.

His official title with the Mavs is director of quantitative research and development, however, according to the report by The Athletic, he does more than that.

Here is some of what The Athletic said:

“Multiple league and team sources tell The Athletic that Voulgaris has been the most influential voice within the Mavericks front office since joining the team, either initiating or approving virtually every transaction made over the past two seasons. Those same sources add that Voulgaris has frequently gone as far as scripting the starting lineups and rotations for longtime head coach Rick Carlisle.”

The Athletic has reported other things concerning Voulgaris, but the more pressing issue is his relationship with Doncic.

Authors Tim Cato and Sam Amick gave some examples that hint towards Doncic’s disdain of Voulgaris.

One example talks about Voulgaris leaving a game the Mavs were losing with 45 seconds left, to which Doncic said he was quitting on the team.

The other example cites Voulgaris making a “calm down” type gesture towards Doncic from his courtside seat after a Doncic turnover.

The gesture was not received well by the Mavs star and he immediately snapped back directly from the court, going as far as yelling back at him.

Voulgaris said that the gesture was towards the whole team and not Doncic in particular.

Here is another excerpt from Cato and Amick’s piece:

“Those concerns mostly center on Cuban and the decisions he makes regarding who he trusts and imbues with power. Sometimes, it’s examples like Voulgaris, a sports gambler with no league experience being given near-total control of the team’s roster. Other times, it’s the relationships he doesn’t sever: The Mavericks’ front office has come to be known around the league for its long-existing power structure that, Voulgaris aside, has barely changed.”

Fears are that Luka Doncic and his relationship with the organization may deteriorate further should the team fail to build the roster and advance past the first round of the playoffs.

As always, Cuban was quick to respond.