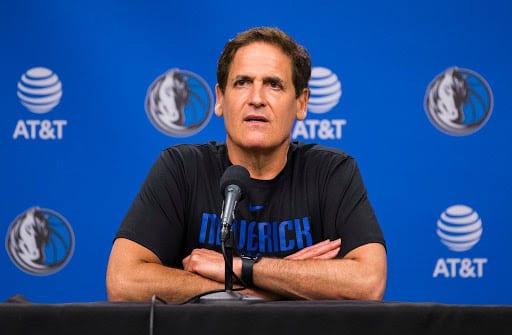 Earlier this week, NBA insider Zach Lowe described Doncic as “one of the biggest whiners in the NBA” on his podcast.

“I know Luka, right? He’s not a big whiner. He’s passionate. He cares. He wants to win. He’s got some s*** to him where, yeah, he’s one of those European players where you see him doing this all the time and talking in one of five different languages. But no, he’s not a whiner. He’s a baller,” Cuban retorted in an interview on Vice TV with Jemele Hill and Cari Champion.

here's the clip of mark cuban telling zach lowe "fuck you, you don't know shit" in response to lowe talking about luka being one of the whiniest players in the league toward the refs. pic.twitter.com/GOttOiXe50

Doncic has developed a reputation as a player who likes to talk to officials – but he’s far from the only one.

Many young players have taken to badgering referees as part of their on and off-court duties.

Of course, some players have been more aggressive and “whiny” than others.

But clearly, Mark Cuban does not believe Doncic has been one of the league’s worst offenders.