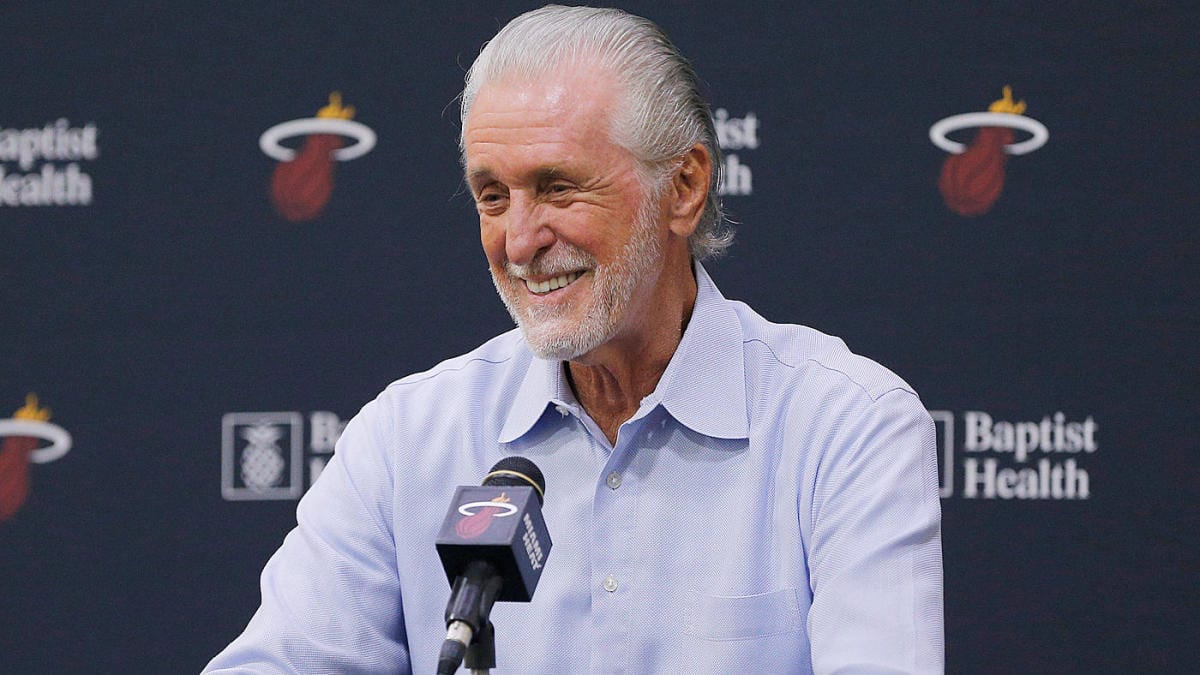 The fine came after Riley said current Los Angeles Laker LeBron James would be welcome back to the Heat during a June 4 radio interview.

James played for the Heat from 2011 until he abruptly returned to Cleveland in 2014 after the Heat lost to the San Antonio Spurs in the NBA Finals.

The following was released by the NBA. pic.twitter.com/TkLd0pafJH

While a guest on Dan Le Batard’s 24-hour podcast marathon, Riley said he would be open to James rejoining the Heat.

“I would leave the key under the doormat if he would call me and let me know that he’s coming,” said Riley. “I would do that, but I doubt very much that key … that key is rusted now.

“LeBron, look, he’s one of the greatest of all time, and for four years down here, if we want to go back and remember what those four years were like, it was four years in the Finals, four years of excitement, two world championships … It was the best time for the Heat. So I wish him nothing but the best, and if he ever wanted to come back, I’ll put a new shiny key under the mat.”

That comment cost Riley $25,000, which was ironic because show host Le Batard said Riley misunderstood the question, and LeBatard was speaking about retired Heat star Dwayne Wade, not James.

“Hell out of here. This s stupid. He saw a UFO that night, too. Fine him for that. Drinking with friends on a Friday night. He misunderstood the question,” Le Batard tweeted.

Needless to say, if James did decide to take from the Lakers for a Heat reunion, it would be more than worth the $25,000 fine.