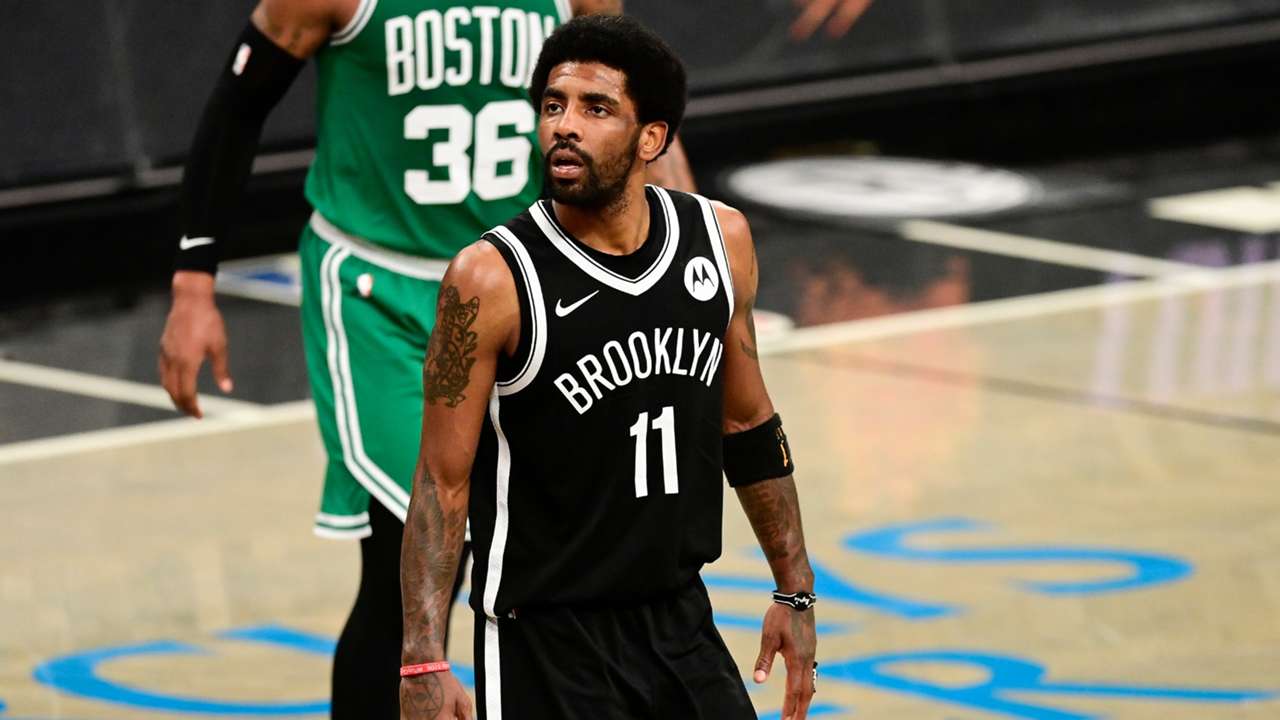 The NBA might want to rethink this whole “welcoming the fans back” initiative after yet another act of misbehavior, this time at TD Garden Sunday when a Boston fan’s water bottle grazed Kyrie Irving’s head.

The incident occurred as Irving and the Nets were leaving the court after trouncing the Nets 141-126.

A bottle of water appeared to have been thrown at Kyrie Irving as the Nets were exiting the floor in Boston. pic.twitter.com/u6pZDCaArJ

Cole Buckley, 21, of Braintree, Massachusetts, can be seen on video tossing the Dasani water bottle at Irving as he left the court.

Buckley was arrested at the scene and charged with one count of assault and battery with a dangerous weapon.

Irving didn’t mince words when asked about the incident after the game.

“It’s unfortunate that sports has come to a lot of this kind of crossroads where you’re seeing a lot of old ways come up,” said Irving.

“It’s been that way in history in terms of entertainment, performers, and sports for a long period of time, just underlying racism and just treating people like they’re in a human zoo.

“Throwing stuff at people and saying things. It’s a certain point where it gets to be too much,” said Irving. “People just feel very entitled out here.”

While many current and former players have issued statements and tweets of support for players dealing with fan abuse, a few former Celtics were not too happy with Kyrie’s behavior either.

Right before the water bottle incident, Irving was seen stomping on the Celtics logo at halfcourt.

The gesture didn’t go over well with a few former players, including Cedric Maxwell and Kevin Garnett, who tweeted, “So nobody gonna say anything about Kyrie Stomping “LUCKY?” We just gonna act like we didn’t see that. Tf going on. You cant do that. That’s not coo on no level. All of us need to be better.”

The Nets will try to wrap up the series Tuesday at the Barclays Center.