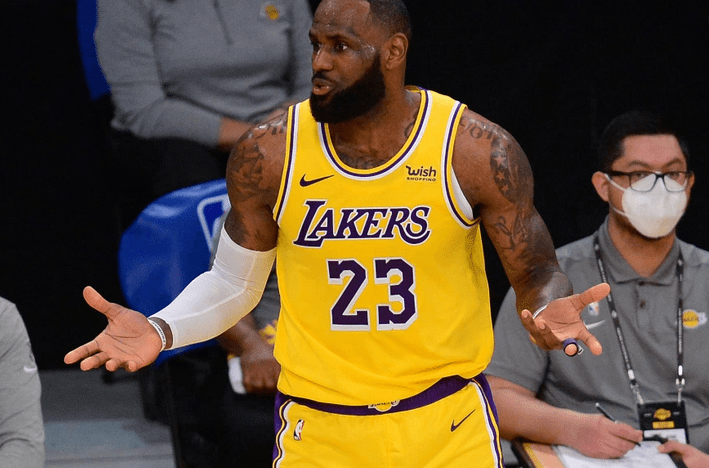 LeBron James was on the court Sunday for the Lakers’ first-round opening loss to the Phoenix Suns, but as Charles Barkley pointed out, the King probably should not have played after apparently violating league health and safety protocols.

“I love Adam Silver, rest in peace David Stern, best commissioner in sports. The NBA ain’t got the balls to f***ing suspend LeBron James. Zero. Listen, today, when I read that, I just — sometimes you read stuff, you just start laughing,” Barkley said during an appearance with LaJethro Jenkins on Yahoo Sports’ “Dunk Bait.”

"Ain't no f***ing way LeBron James is going to be sit out because of health and safety protocols."

James reportedly attended a promotional event for Lobos 1707 tequila, which he is an investor of, and invited friends Drake, Michael B. Jordan, and more.

Attendees were said to have to provide proof of COVID-19 vaccination or a recent negative test, but James’ attendance was still in violation of the leagues’ protocols.

“It’s a violation of the agreed-upon protocols, and, as we have in other comparable instances around the league, it has been addressed with the team,” a league spokesman told ESPN on Friday.

Despite the Lakers’ lucky break, they still lost their opening-round game against the Suns 99-90.

Devin Booker dropped in a game-high 34 points, eight assists, and seven rebounds in his first playoff competition, and the Suns pulled out the win despite Chris Paul suffering a shoulder contusion early on and only scoring seven points.

The Lakers will try to even things up on Tuesday in Game 2.