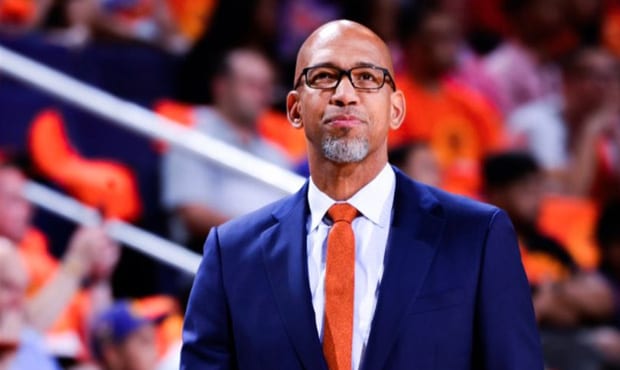 Williams, who guided the Suns to their first playoff appearance in 11 years and the second-best record (51-21) in the Western Conference, released a statement expressing his gratitude.

I am overjoyed to receive the Michael H. Goldberg Coach of the Year Award from the National Basketball Coaches Association. I hold the utmost respect and admiration for the coaches in this league, so to be recognized by my peers is an incredible honor. Every coach in our league sacrifices a ton to make their teams and organizations better, so this is unbelievably humbling.

…This award is far bigger than myself and is a result of the work put in everyday by our players, coaching staff, and the entire Suns organization under the leadership of James Jones and Robert Sarver. This has been a unique year in its challenges, and I am grateful for the tremendous spirit with which our players and staff have approached each day to make this a special season – Everything Counts!

"Once I got here, I realized it could be a good choice for me and my family."

He led the Suns to a 9-0 record in the Orlando bubble and just missed the playoffs by one game.

Still, no one predicted the Suns to do as well as they have this season, ranking seventh in offense and sixth in defense this season.

Phoenix now waits to see if they’ll play the Los Angeles Lakers or the Golden State Warriors in the first round of the playoffs, but regardless of how far they go in the postseason, this year was a monumental success for the club.