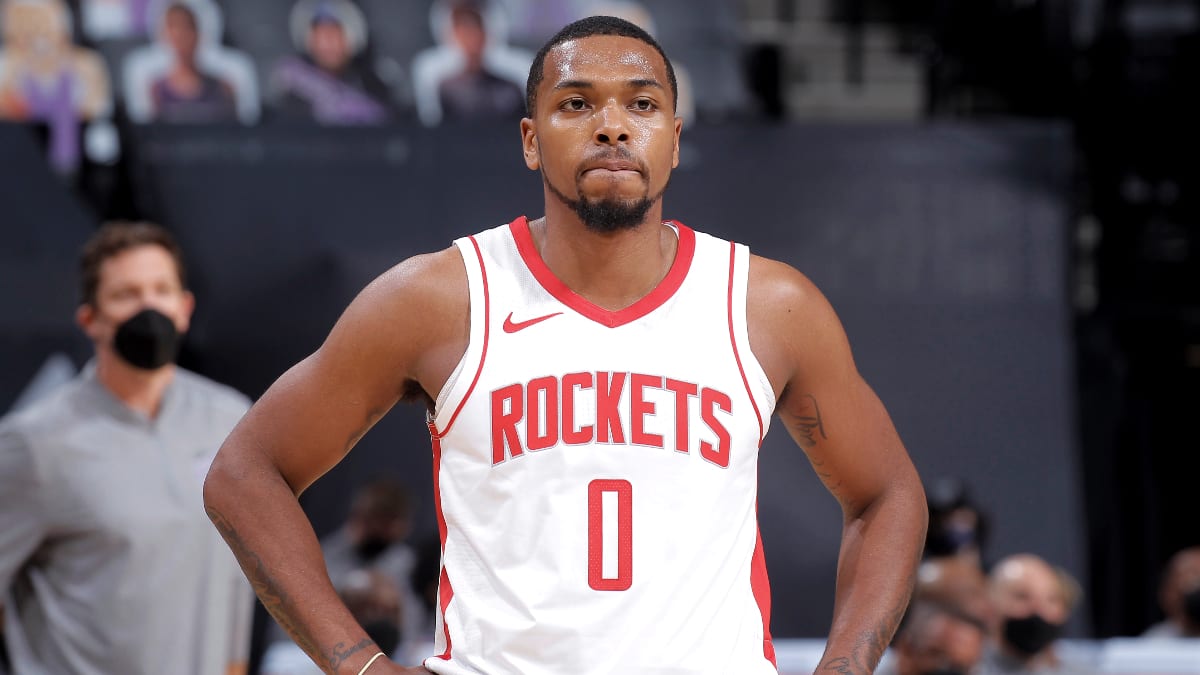 Police body cam footage showed a bloody Sterling Brown after the Rockets’ player was hit on the head during an altercation last week outside a Miami-area strip club.

Brown is seen holding a blood-soaked shirt against his head while he and teammate Kevin Porter Jr. speak with police on the scene.

The video has no audio, but Brown and Porter appear animated in their interaction with authorities.

His teammate, Kevin Porter Jr., and cops appear to have an animated discussion before Brown gets treatment from paramedics.

The incident occurred late Sunday-early Monday when several members of the Rockets, who were in town to play the Heat, went to the Booby Trap strip club in neighboring Coral Gables.

As reported in The Athletic:

Sources said Brown entered the wrong sprinter van on his way out of the club and had a heated exchange of words with three or more individuals who appeared to possess the sprinter at the time. It escalated into all of those individuals jumping Brown, physically beating him up, hitting him in the head with a bottle, and leaving blood everywhere, sources told The Athletic. One source said the individuals cracked Brown’s head with the bottle, while another said once Brown was struck in the back of the head during the altercation, it led to him having a very hazy memory of the event.

The six-foot-five Brown received heavy stitching for facial lacerations and underwent several tests before being discharged from a local hospital.

The first-year Rocket refused to press charges on the group who attacked him and returned to Houston to recover.