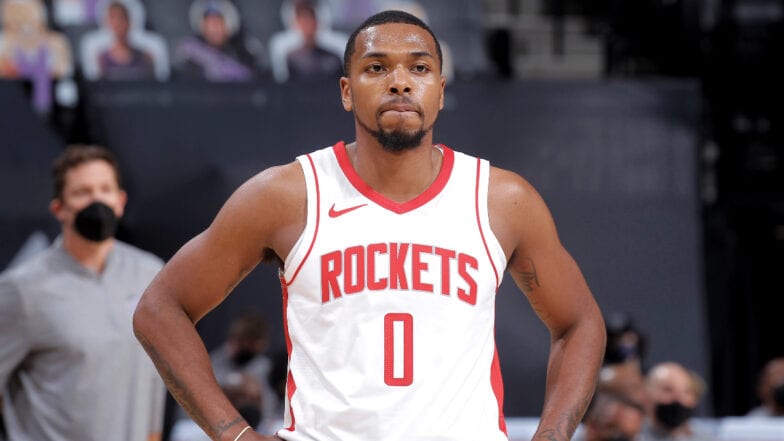 The Houston Rockets’ Sterling Brown is resting at home and expected to make a full recovery, but new details reveal the brutality of Brown’s bloody attack outside a Miami-area strip club.

The incident occurred late Sunday-early Monday when several members of the Rockets, who were in town to play the Heat, went to the Booby Trap strip club in neighboring Coral Gables.

As reported in The Athletic

Sources said Brown entered the wrong sprinter van on his way out of the club and had a heated exchange of words with three or more individuals who appeared to possess the sprinter at the time. It escalated into all of those individuals jumping Brown, physically beating him up, hitting him in the head with a bottle, and leaving blood everywhere, sources told The Athletic. One source said the individuals cracked Brown’s head with the bottle, while another said once Brown was struck in the back of the head during the altercation, it led to him having a very hazy memory of the event.

What happened the night the Rockets’ Sterling Brown got jumped in Miami? Here’s what we know https://t.co/pw3Wftl3RE

Brown was taken to Jackson Memorial Hospital, where he was admitted into a private, priority room in the ER.

The six-foot-five Brown bled profusely, and received heavy stitching for facial lacerations, and underwent several tests before being discharged Monday afternoon before the Rockets issued a statement.

“Last night, Sterling Brown was the victim of an assault. He had no prior knowledge of or interaction with the assailants. He suffered facial lacerations but will make a full recovery. Sterling is not playing tonight because of his prior knee injury.

The Rockets haven’t said when they expect Brown back in the lineup, but coach Stephen Silas alluded that it may be a while. “He was assaulted, and he has bumps and bruises and stuff like that,” Silas said, “so stuff like that usually gets a little bit worse … before it gets better.”

“The main thing for me is that he knows that we are 100 percent behind him and have his back and want him to get healthy soon, get back and get back with his teammates and all of those things,” said Silas.

Teammate Kevin Porter Jr. will also be out until at least Sunday for violating COVID-19 protocols by going to the strip club.