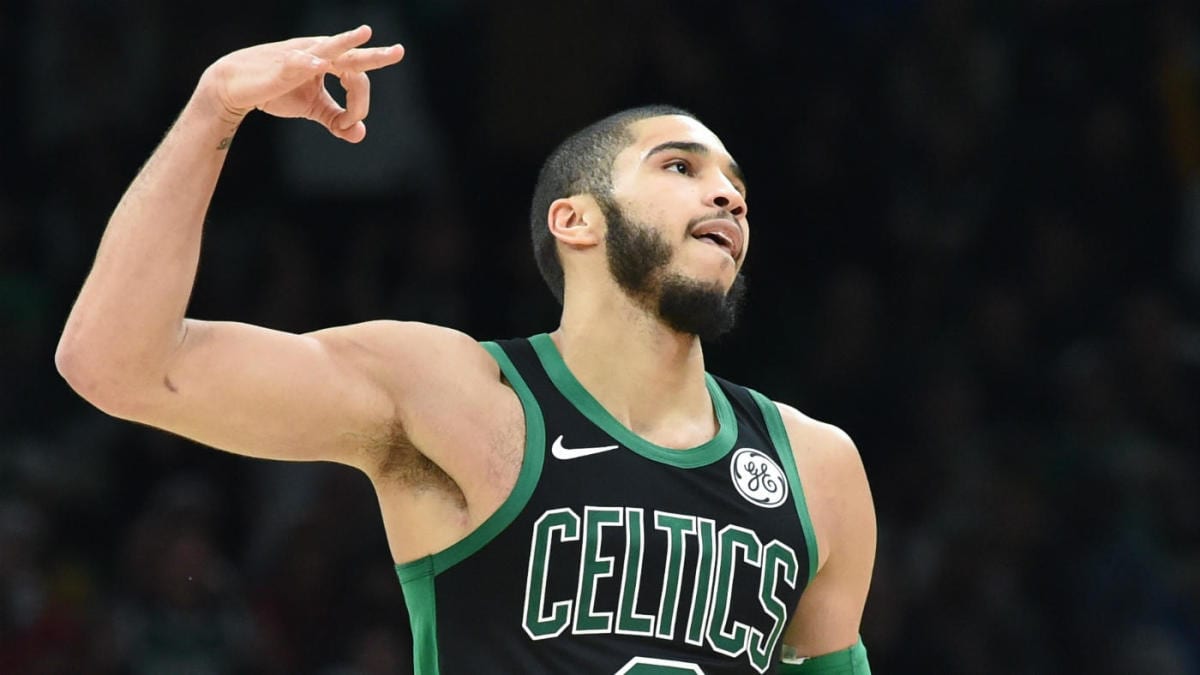 Boston Celtics All-Star forward Jayson Tatum admits to still not being 100 percent after coming down with COVID-19 in January.

The Celtics young star still uses an inhaler before games to deal with the aftereffects of the virus.

Tatum is coming off a game-winning three-pointer with 8.5 seconds left in Tuesday’s 116-115 win over the Portland Trail Blazers.

It capped off a night in which Tatum scored 32 points while grabbing nine rebounds and dishing out five assists.

ESPN’s Rachel Nichols asked Tatum if he feels like he’s back to 100 percent after testing positive on January 9.

“I for sure feel better now than I did a month ago.”

He was out for nearly three weeks after his positive test and returned on January 26.

However, he did struggle to breathe after his first few games back.

He said he would continue to use an inhaler during pregame until he feels “comfortable and don’t think I need it,” per CBS Boston.

His struggles with COVID-19 months after testing positive are another reminder that the long-term effects of contracting the virus are still largely unknown, and they can be severe.

Right now, Tatum is rounding into playoff form as he prepares to take a suddenly improving Celtics team into the postseason once again.

Related Article:  Celtics Jaylen Brown Is Out for the Season With Torn Wrist Ligament
-->