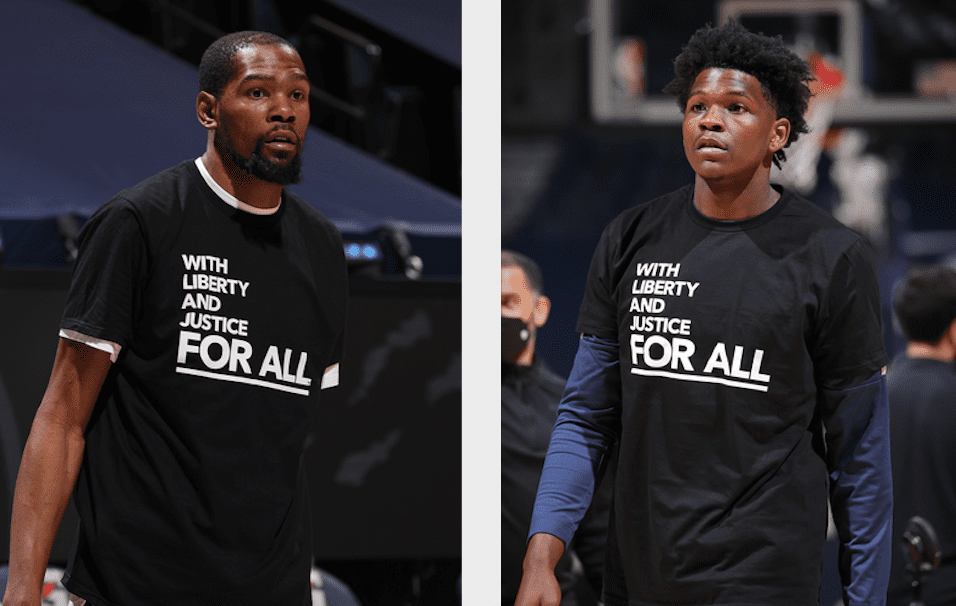 The Timberwolves-Nets matchup was initially scheduled for Monday but was postponed due to the shooting and a city-wide curfew set for the city of Minneapolis.

The warm-up shirts read, “With liberty and justice for all.”

The teams’ unified action followed a precedent set over the summer when players called on the league to take a greater and more visible stand against injustice during the wake of the Black Lives Matter movement.

Before the game, the Timberwolves tweeted,“We have a basketball game today. We will not be posting our usual content. Justice for Daunte Wright.”

Police shot the 20-year-old Wright during a traffic stop in Brooklyn Center, Minnesota.

The officer accused of shooting Wright said she fired her gun by accident and intended to use her taser instead.

The shooting occurred as many in the community have been focused on the trial of Derek Chauvin, who is charged with second and third-degree murder and second-degree murder in the death of George Floyd.

Floyd died after Chauvin kneeled on his neck for more than eight minutes.