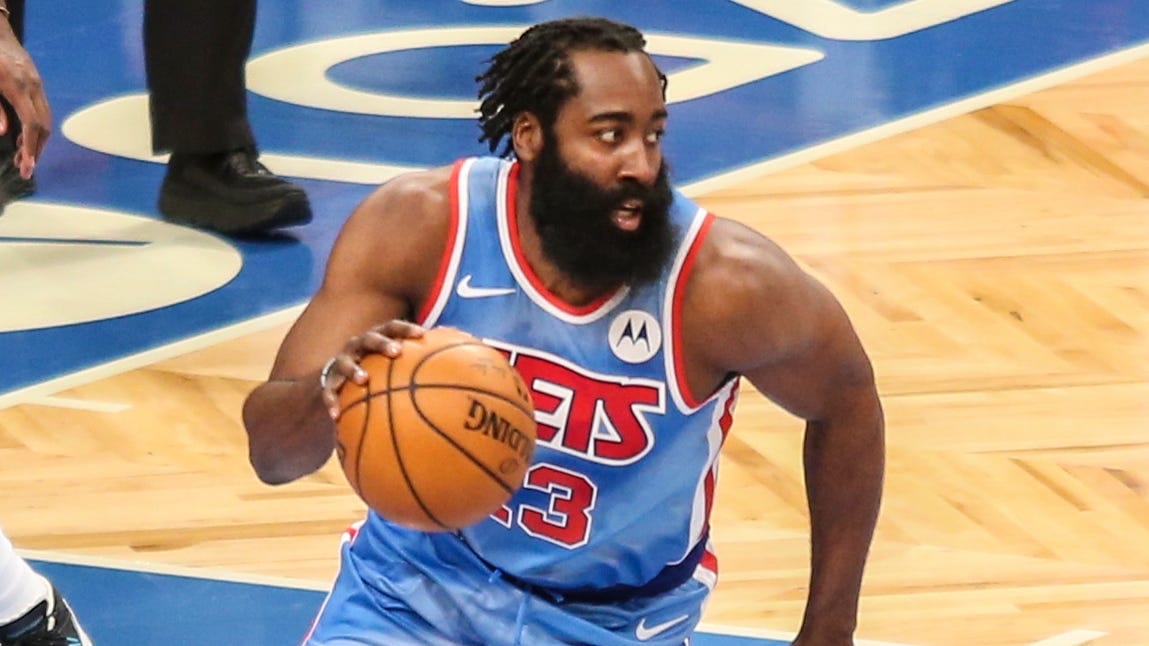 The Brooklyn Nets announced Tuesday that star James Harden has a right hamstring strain and is slated to be out for ten days.

An MRI confirmed the injury, and Harden will be re-evaluated in 10 days.

The 31-year-old briefly returned to action during Monday night’s win against the New York Knicks before leaving the game after re-aggravating his hamstring.

The injury comes at an unfortunate time as James Harden had recently risen up the MVP conversation with his play, keeping the Nets afloat despite both Kyrie Irving and Kevin Durant missing time this season.

However, the Nets and head coach Steve Nash have made it clear they are in no rush to bring Harden back and will prioritize his health as the regular season winds down and the postseason nears.

While the three stars have rarely played together, Brooklyn has done an amazing job keeping pace at the top of the Eastern Conference.

Once the three stars are fully healthy, and on the court together, it is widely expected that they will be among the top contenders for the conference and the NBA title this summer.