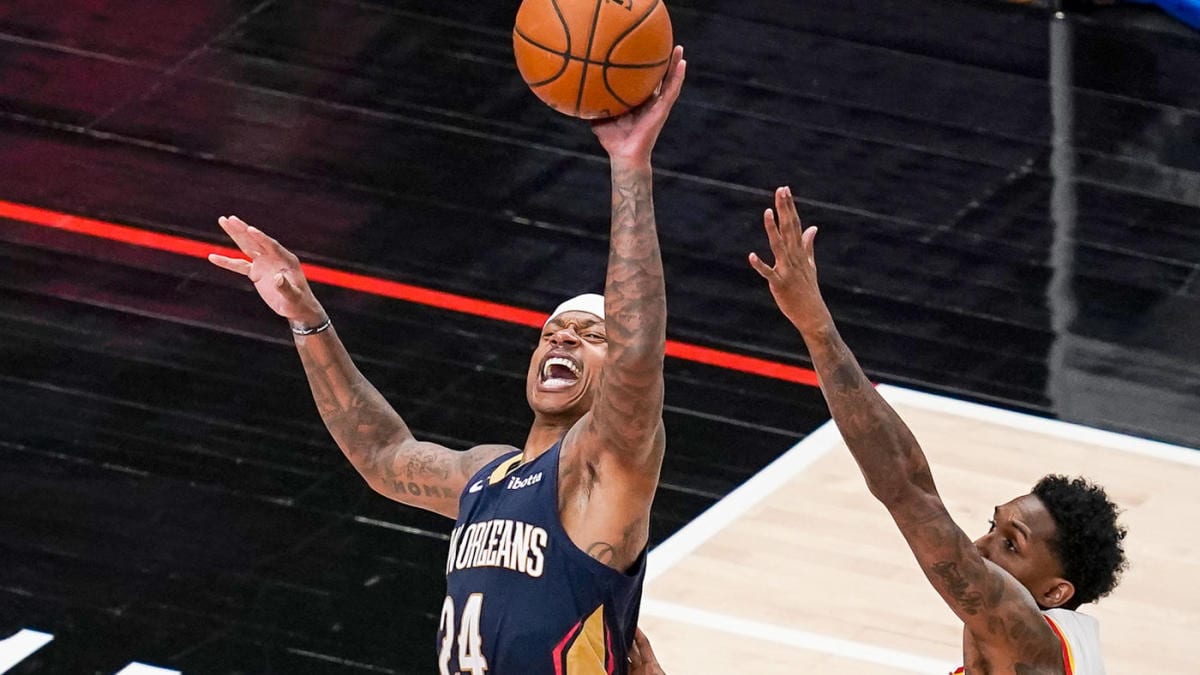 It’s been more than a year since Isaiah Thomas put on an NBA  jersey, but the 32-year-old guard still managed to score 10 points, dish out two assists, and grab two rebounds for his debut in a 123-107 loss to the Atlanta Hawks.

“It felt good. The biggest thing was we lost, so it didn’t feel as good,” Thomas told reporters. “Individually, I felt good. I was moving. I got to my spots. I just didn’t knock down my shots.”

Tuesday night’s game was Thomas’s first since February 3, 2020, when he was with the Washinton Wizards.

The nine-year veteran guard signed a 10-day contract with the Pelicans on Saturday.

Thomas hit a three-pointer on an assist from Eric Bledsoe for his first bucket.

It would be the first of eight straight points for the returning guard.

Thomas played a total of 25 minutes but expects to be more aggressive in future games; getting in the paint and to the free-throw line

“I’ll be better tomorrow, though, but definitely felt a little different out there, but overall moving and being myself.”

It was Thomas’s first opportunity to team up with Zion Williamson.

“He’s unbelievable. He’s unstoppable,” said Thomas. “Being able to share the court with him, see how powerful and strong he is, see how athletic he is. I’m just here to try and help.”

Before the game, Thomas told ESPN, “I was always going to get back no matter what. If you ever have doubt, you shouldn’t be doing anything that you’re doing,” said Thomas. “Some days, it was hard to get up than others and continue to work without seeing the light at the end of the tunnel. But I have the utmost faith and the utmost confidence in myself.”

The competition will only intensify for Thomas as the Pelicans take on the Brooklyn Nets in his second game back.

“It felt amazing to be out there. It felt great to be back, but it will only feel better if we get a win,” said Thomas.