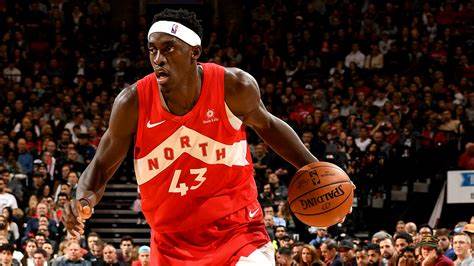 Toronto Raptors forward Pascal Siakam returned to the team on March 17th after losing 10-15 pounds while away from the team due to COVID-19 protocol.

It is unclear whether Siakam tested positive for the virus.

He was sidelined for 19 days after the team experienced a COVID-19 outbreak on February 26th.

Coach Nick Nurse, Siakam, and five other members of the Raptors coaching staff were placed under quarantine.

Despite getting into a heated argument with his head coach, the 26-year old forward looks rejuvenated and more like himself on the court.

“I’m feeling good every day. I’m taking care of my body and doing the best that I can to just be fresh out there,” he said after Sunday’s loss to Norman Powell and the Portland Trail Blazers.

“I’m in a good space, and I just want to continue to get better and feel good, which I think is the most important thing.”

It seems the weight loss hasn’t really gotten to Siakam.

Siakam remains unsure on whether or not he will put the weight back on or keep his current weight.

“I think I’m experimenting, to be honest with you,” he said.

“I’m feeling good right now, just in terms of being fluid and running. I like it, and I guess we’ll see.”

Unfortunately, Siakam and his run of good play hasn’t saved the Raptors from their struggles this season.

Even with the play-in-tournament, Toronto’s hopes of making the postseason is looking harder and harder, as the team sits in 11th place in the Eastern Conference.

At the moment, they are only two games back of the final play-in spot.

Monday night’s game against the Detroit Pistons could mark an opportunity to turn the Raptors season.