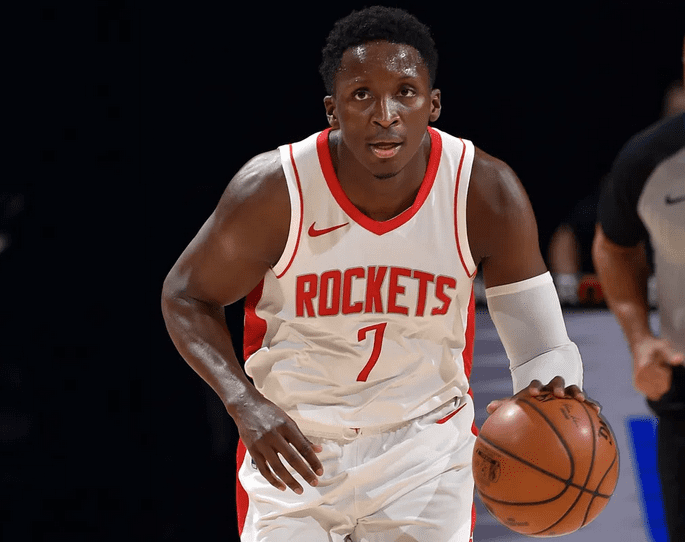 The Heat’s pursuit went all the way up to the 3 pm deadline before agreeing on trading Kelly Olynyk and Avery Bradley to Houston for Oladipo.

Oladipo, who started the season in Indiana before being traded to the Rockets in the James Harden deal, is averaging 20.8 points, 5.0 rebounds, and 4.7 assists this season.

Pat Riley expects the two-time All-Star and All NBA Defender to be the third wheel to Jimmy Butler and Bam Adebayo.

Riley wanted Kyle Lowry, but he wasn’t willing to scarifice the up-and-coming Tyler Herro to make a deal.

The Heat were willing to part ways with the eight-year veteran Olynyk who is averaging 10 points and 6.1 rebounds and Bradley who is averaging 8.5 points but has seen limited play due to a calf injury and COVID-19.

With Oladipo in place, the Heat are now front-runners to sign the Spurs LaMarcus Aldridge, who completed a buyout with San Antonio Thursday.

Aldridge is averaging 13.7 points, 4.5 rebounds, and 1.7 assists and has been on the many teams’ radar, including the Lakers and Trail Blazers.

The 28-year-old Oladipo has been hampered by injuries the last few years, losing most of the 2019-20 season to a ruptured quad tendon.

But Oladipo is in the final season of a four-year $85 million contract and will be an unrestricted free agent this summer, so if things don’t work out, Riley will have plenty of cash to shop for new talent.

Deadline day turned out to be much quieter than many expected as Lowry, the Pelicans’ Lonzo Ball, and Andre Drummond all ended the day still wearing the same uniform.