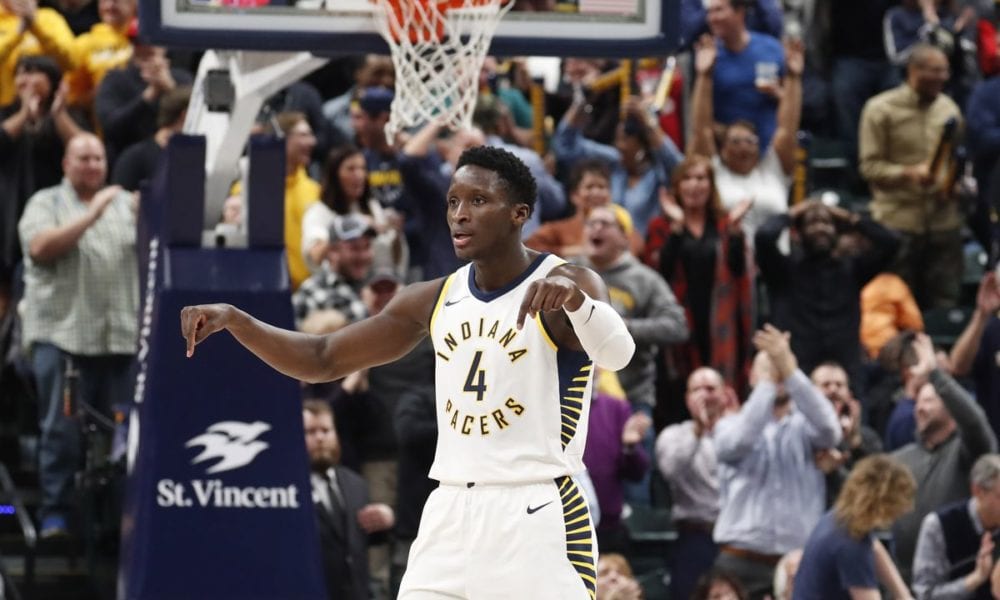 Sources have reported that before he was traded for Caris LeVert, Indiana offered Oladipo a contract extension to feel out whether the star wanted to stay with the franchise on a longer term basis.

It is believed that Indiana offered Oladipo an extension, starting in the 25-million-dollar a season ballpark, with an 8% year on year kicker. With Domantas Sabonis and Malcolm Brogdon eligible for hefty extensions soon, it is reported that that was all the Pacers were able to stump up, whilst staying within salary cap restrictions.

Crunching the numbers, that meant that he was offered the largest possible extension that Indiana could have put together for him, and it would have netted a touch under $113 million over four years if he did decide to put pen to paper.

It is an interesting situation. Oladipo’s injury history would suggest that that contract looks somewhat reasonable. However, Oladipo’s rejection of the terms would lead most pundits to believe he is worthy of something closer to a max deal (nearly $150 million over four years). Clearly, Indiana couldn’t see themselves paying him that figure, and thus, the trade went down when the time was right for all parties.

Now, the ball is with the Houston Rockets, who have just traded away their franchise superstar. If Oladipo can find his feet in Texas, and become their go-to guy, perhaps he will find a deal that comes closer to what he deems to be his perceived value.