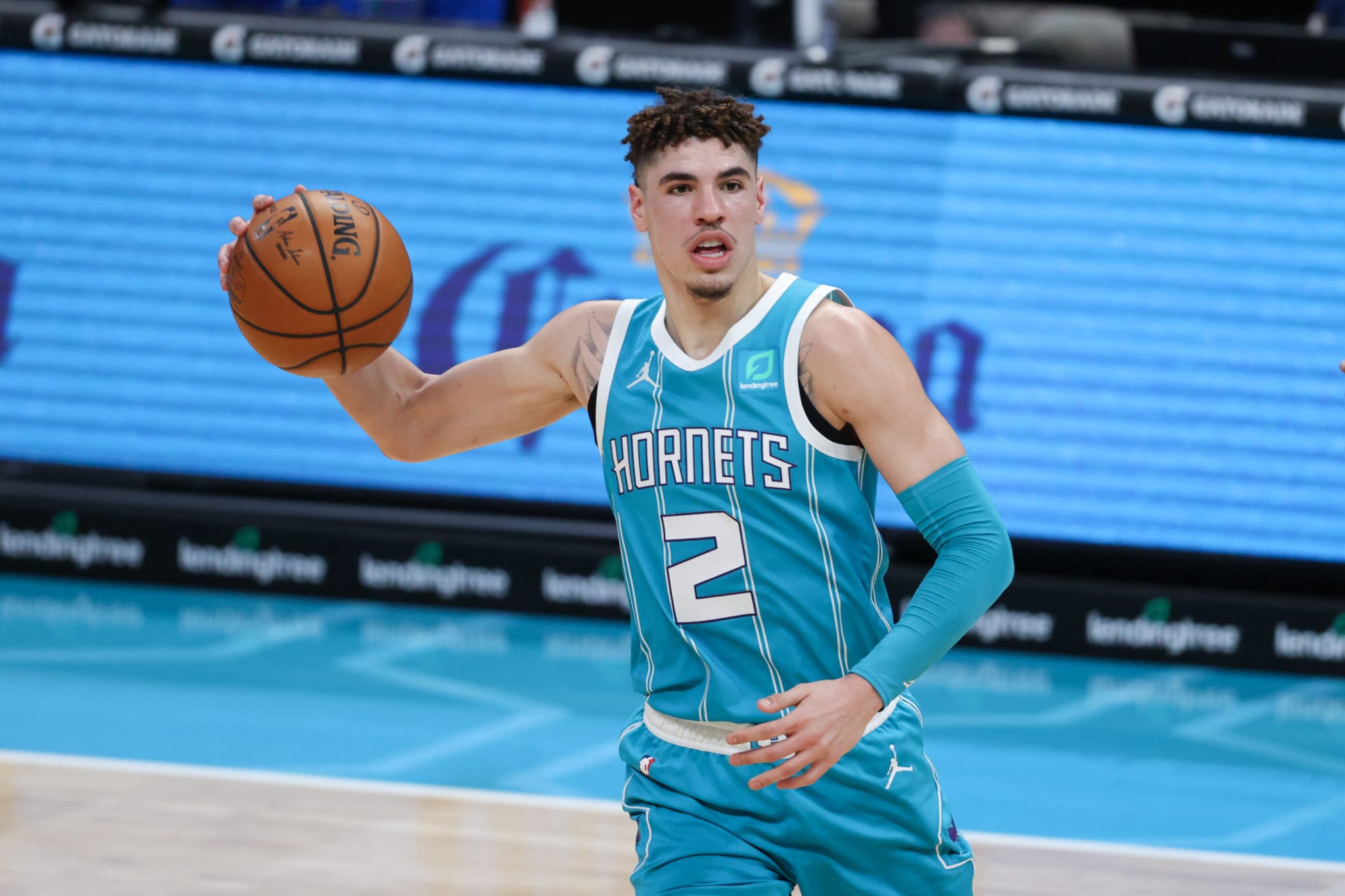 Not only is the Charlotte Hornets’ LaMelo Ball a big favorite to win Rookie of the Year, his court vision and passing skills have many comparing him to Magic Johnson.

The first-year guard is averaging 6.4 assists, along with 15.7 points, and 6.0 rebounds, the only rookie to average at least 15 points, six rebounds, and six assists other than Oscar Robertson, Magic Johnson, Ben Simmons, and Michale Carter-Williams.

“We all kind of knew his type of game, how he plays, but still when you’re out there with him, it’s still like, ‘Hey!’ Hornets guard Terry Rozier told CBS in an interview. “His first day had us all looking at each other like, ‘Damn, this kid can do it!'”

Even veteran star Carmelo Anthony has acknowledged the youngest Ball’s talent in the wake of the “Melo” nickname controversy.

Carmelo Anthony clearing the air on the Melo controversy with LaMelo Ball:
"I vouched for it, he can do it"<-on LaMelo doing 3 to the dome celly

"It's an honor for him to have that name for him to embrace it. It's a blessing, it's a respect thing for me"<-on LaMelo going by Melo pic.twitter.com/CgL1PK6UXO

Ball wasn’t a hit out of the gate and didn’t get his first start of the season until a February 1 matchup against the Heat when he replaced the injured Rozier.

Ball scored 14 points, dished out seven assists, and grabbed five rebounds, but more than the numbers, it’s Ball’s impact on the game that’s so impressive.

” You can tell that people like playing with him, and he’s fearless out there,” Warriors’ coach Steve Kerr told CBS. “He loves to play. He really is — not solely responsible — but a huge part of [the Hornets] building this identity that they’ve built already. So he’s gonna be a great player if he’s not already.”

Hornets coach James Borrego was arguably quick to pull the 19-year-old Ball at the start of the season, but his trust seems to be growing.

“I’ve got to live with some of those turnovers. Those kick-aheads over the top where he’s looking for bigs or Miles [Bridges] at the rim — those are built out of aggressiveness,” said Borrego. “I’ve got to give him freedom to be who he is, but the sloppy ones, the ones that are in traffic, those are the ones that we can clean up.”

LaMelo and the Hornets sit in the eighth spot in the East at 16-18.