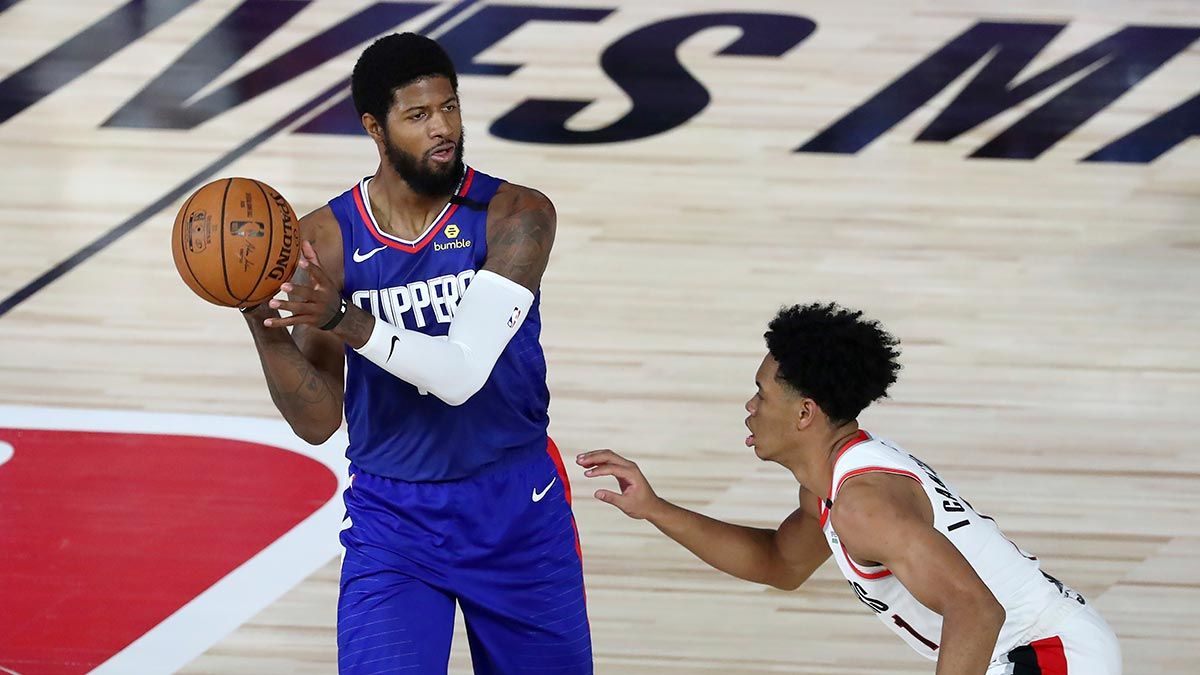 Los Angeles Clippers forward Paul George was fined $35K by the NBA for negative comments he made about the officiating following their game Wednesday night.

Clippers’ Paul George has been fined $35,000 for public criticism of the officiating.

The Clippers lost to the Dallas Mavericks 105-89.

George’s frustration stemmed from several no-calls by the referees that he felt should’ve been whistled fouls instead.

PG addressed the issue during the post-game conference when Clutch Points’ Tomer Azarly asked George what his conversations with the referees were like mid-game.

George took that opportunity to hammer on his point about the officiating.

I asked Paul George about conversations with officials.

Below is the full quote by Paul George:

“Our job is to be aggressive, attack. We can’t do much more than that, right? If they not gonna call it, they not gonna call it. And that’s the suck part about it because we’re not flopping players. We’re not players that’s like throwing our bodies into other players. We play physical, no different than any other player in this league, you know?” George said. “There’s nothing more that we can do. We’re attacking; we’re putting pressure at the rim, again. There’s nothing that I feel — unless we just start diving and playing a flopping game — there’s really nothing much that we can do.”

Related Article:  Everything You Need to Know About Clippers Insane New Arena

With those comments, the Clippers star was begging the NBA to take his money, and that’s exactly what the league did.

PG also invited the NBA to look at video from the game so they could see what he saw and discussed post-game.

“We’re putting a lot of pressure at the rim,” George said via ESPN.

“It’s insane that we’re not getting these calls. But it is what it is. It’s nothing new to me. Hopefully, we’ll send a bunch of clips in. League’s gotta take a look at this.”