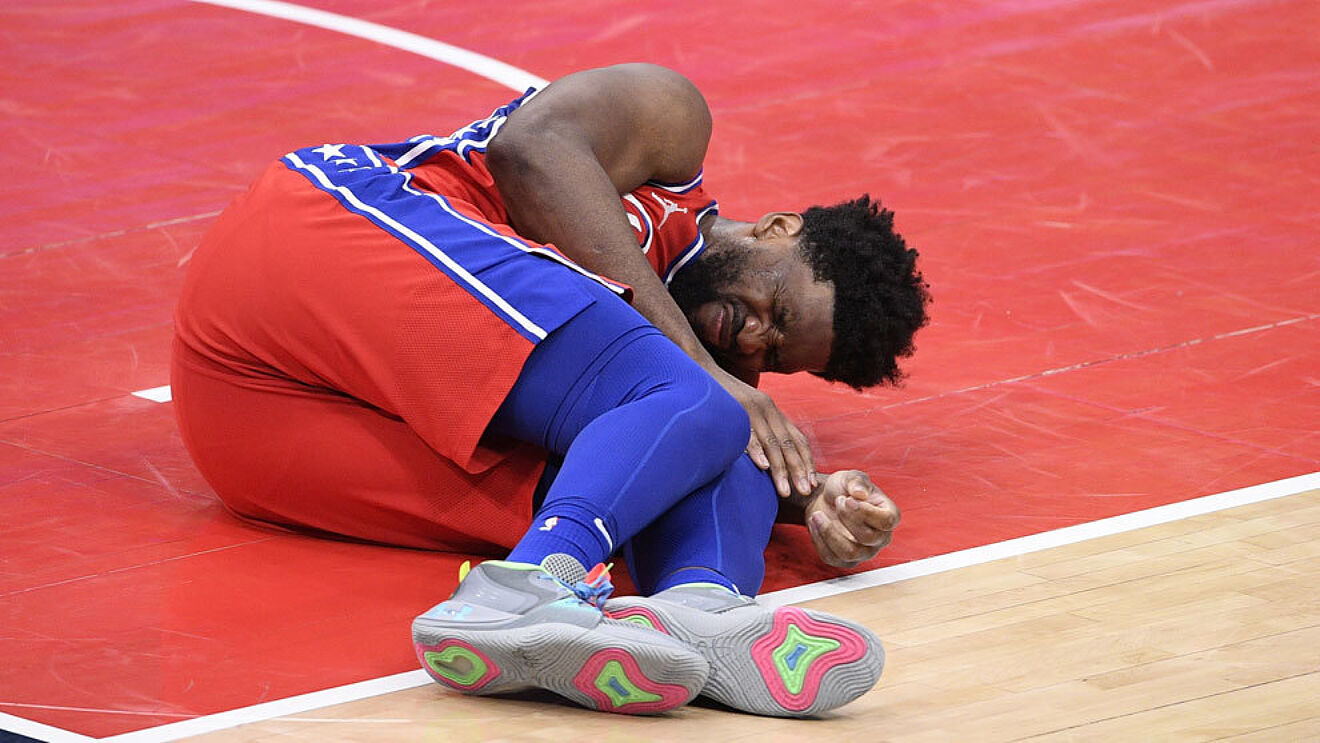 Philadelphia 76ers and MVP frontrunner Joel Embiid escaped the injury scare after an MRI revealed he has a deep bone bruise in his left knee.

Embiid injured his knee after dunking the ball and colliding with Washington Wizards guard Garrison Mathews in the third quarter.

He fell to the ground in immediate pain.

While he was able to walk off under his own power, Embiid did not return to the game.

The knee bent backward upon his landing, and that initially caused so much fear that a stretcher was called to the floor before he walked off.

Embiid’s knee did not suffer any torn ligaments, and he is scheduled to be re-evaluated in two weeks after suffering his bone bruise.

Joel Embiid is out with a left knee bone bruise. He will be re-evaluated in two weeks.

For now, the Sixers can breathe a sigh of relief as their star will only be out temporarily.

As the standings sit, Philadelphia leads the Brooklyn Nets by half a game in the Eastern Conference.

Embiid has been putting up amazing stats en route to leading the Sixers to the top of the East.