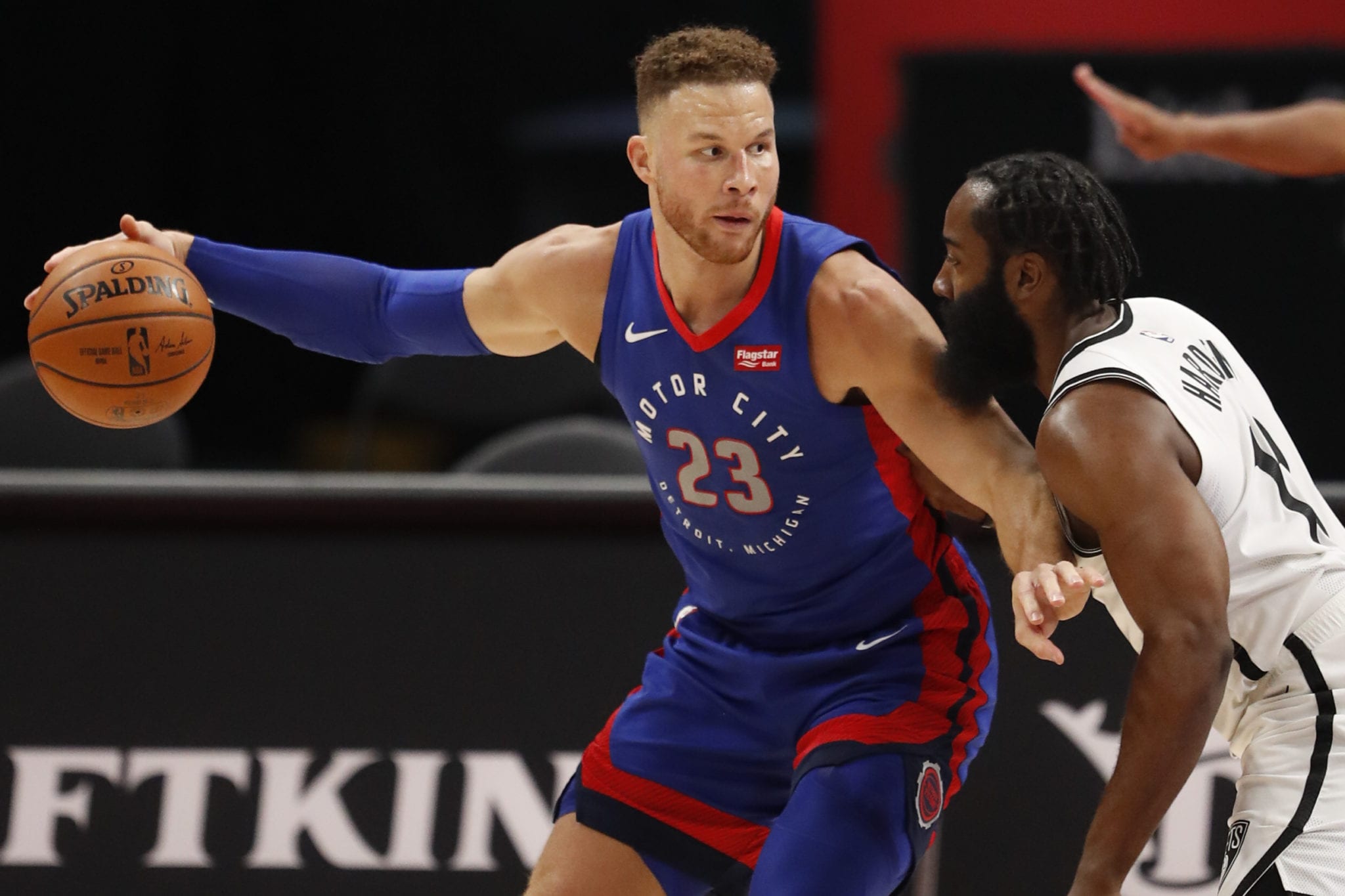 Blake Griffin and the Brooklyn Nets are now heavy favorites to win the Eastern Conference if not the championship after making his signing official.

Griffin will earn $1.2 million for the rest of the season with the Nets and wear the No. 2 according to The Athletic’s Shams Charania.

Blake Griffin is wearing No. 2 with the Nets. The six-time All-Star will earn $1.2M for the remainder of the season with Brooklyn.

The ten-year veteran will join Kevin Durant, Kyrie Irving, and James Harden on a Nets team built for a title run this year.

Should the Nets make it all the way to the Finals, it would be the team’s first trip since 2002 when they lost to the Kobe and Shaq-led Lakers.

Griffin became an unrestricted free agent last Friday after he and Detroit agreed on a contract buyout in which Griffin gave the team back more than $13 million.

The 31-year-old was traded to the Pistons in 2018, just six months after signing a five-year $175 million deal with the Clippers.

Expectations were high for that Clippers team which featured Griffin along with Chris Paul and DeAndre Jordan, but Coach Doc Rivers was unable to get the team past the second round of the Western Conference playoffs.

Still, the Nets won’t need Griffin to score much with Durant, Irving, and Harden on the floor, but he could provide some passing and veteran experience in crunch time.

While the Nets seem to be the top destination for aging vets in search of a title, the Lakers and Sixers are looking to make moves before the trading deadline.

The sixers and several other teams are reportedly checking out the Cleveland Cavaliers’ Larry Nance Jr.

The 6-foot-7 forward/center would be a welcome addition to Philadelphia’s front line.

The Lakers have their eye on Nance Jr.’s teammate Andre Drummond and are confident they will sign the big man according to Marc Stein.

There is optimism within the Lakers that they will get strong consideration from Andre Drummond if Drummond ultimately leaves the Cavaliers via buyout, league sources say.