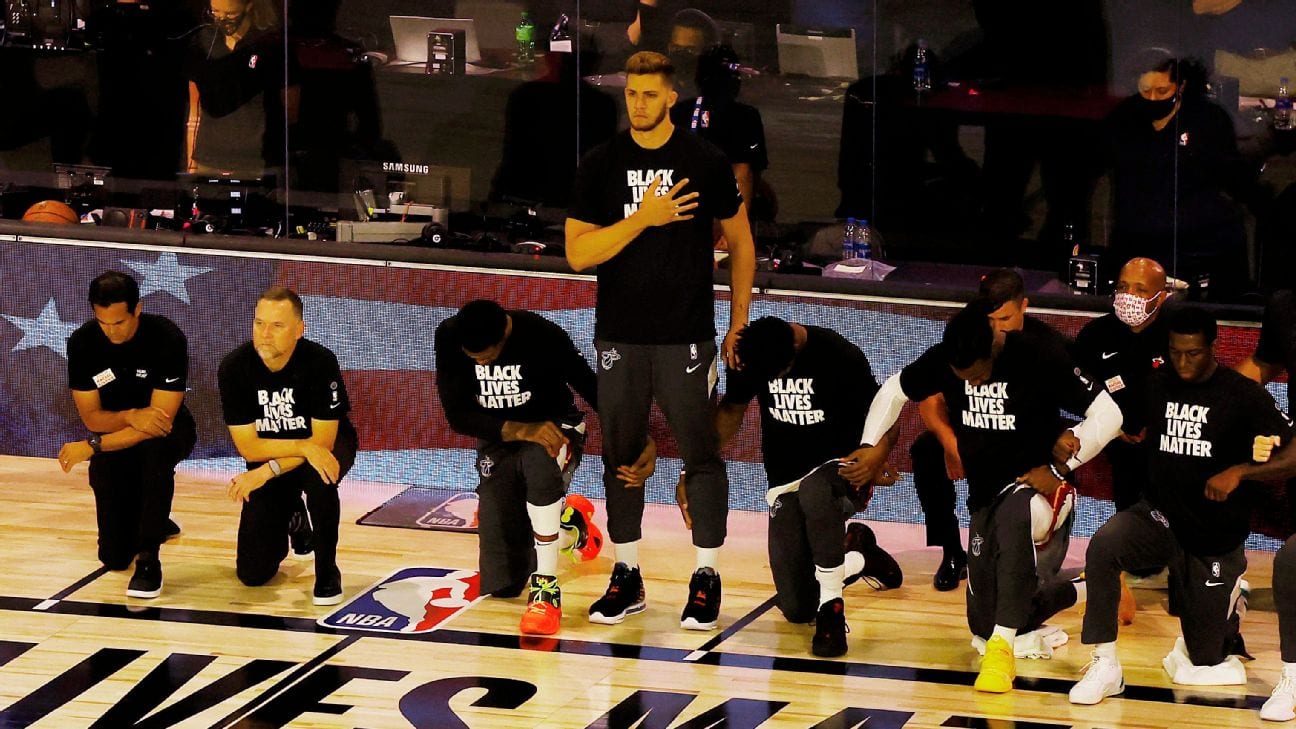 The Heat is on Miami’s Meyers Leonard after the reserve center dropped an anti-Semitic slur while playing the war simulation game Call of Duty.

Heat officials are reviewing the video from a live feed on a Twitch stream in which Leonard can be heard saying “F—— cowards, don’t f—— snipe at me you f—— k— b—-.”

Leonard issued an apology several hours after the story broke, saying he was “deeply sorry.”

The NBA is investigating the situation.

NBA spokesman Mike Bass statement on Meyers Leonard, who said an anti-Semitic slur on a video game stream: “We just became aware of the video and are in the process of gathering more information. The NBA unequivocally condemns all forms of hate speech.”

Leonard is out for the season, recovering from shoulder surgery performed in January.

The eight-year veteran signed a two-year $19.5 million contract with the team last November to return as a free agent and just bought a house in Miami.

When the NBA moved operations last summer to Orlando’s quarantine bubble, Meyers was the sole Heat player to stand for the national anthem while the rest of the team knelt.

At the time, Meyers said he was standing out of respect for his brother Bailey who was in the military and that he supported the Black Lives Matter movement.

Before a game, Leonard told the Associated Press, “I am with the Black Lives Matter movement and I love and support the military and my brother and the people who have fought to defend our rights in this country. I am a compassionate human being and I truly love all people.” Leonard said.

The seven-foot forward/center said he wanted to make an impact using his voice and resources. “I have no shame in saying that Elle and I, my wife, we donated $100,000 to the City of Miami, to Liberty City and Overtown, because they were slammed by voter suppression and COVID. And I have felt connected to this city immediately, and that was something that we felt we could do to help a place that clearly needed it.”

The NBA has taken great strides the past year to promote inclusion and social justice, and all eyes will be watching to see how the league handles Leonard.