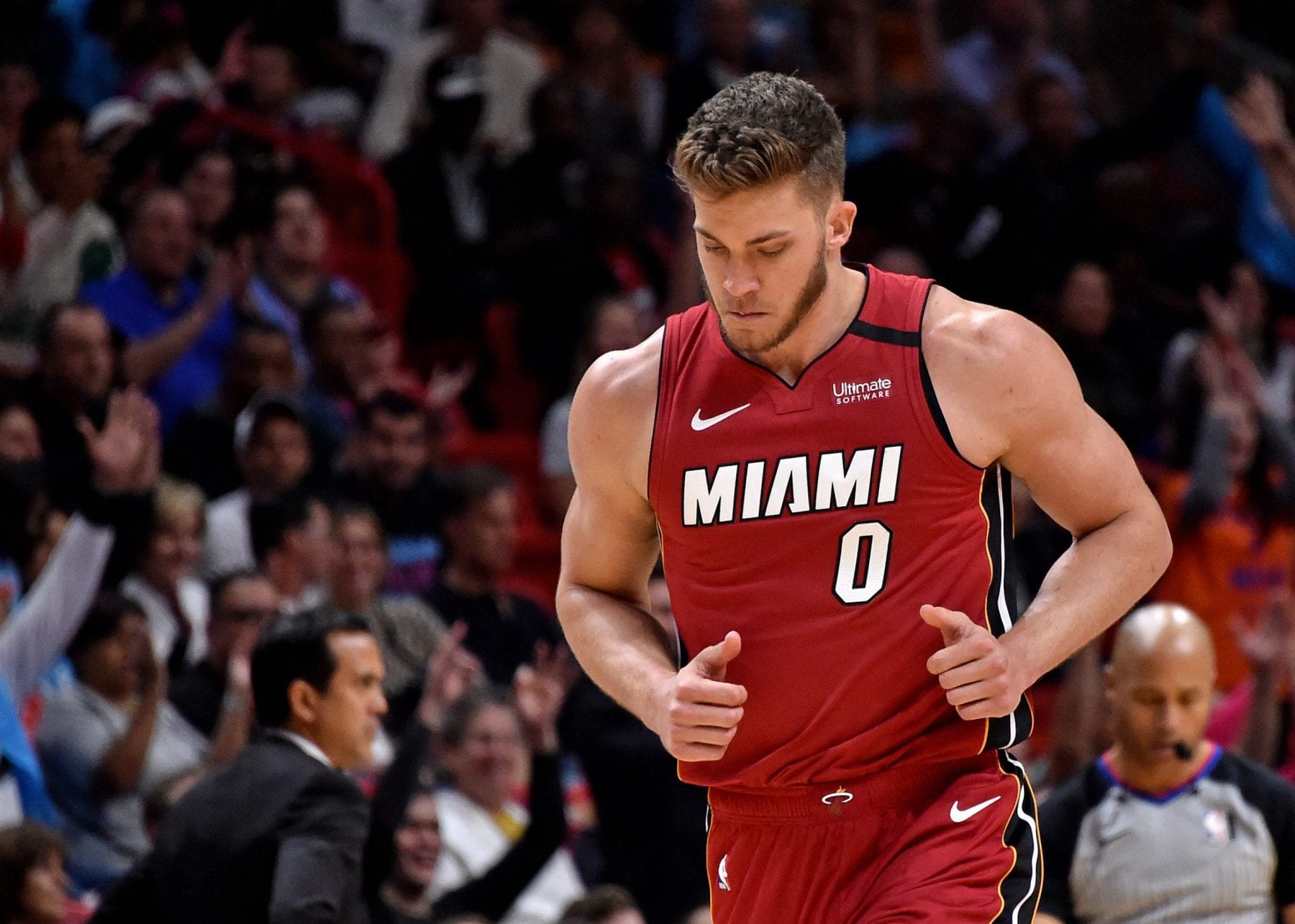 Miami Heat big-man Meyers Leonard stood for the national anthem prior to his team’s first game back against the Denver Nuggets.

A majority of players and coaches have opted to kneel during the anthem before NBA games in solidarity with victims of racial abuse and discrimination.

Leonard made it absolutely clear that his decision to stand had nothing to do with opposition to victims of racial abuse and discrimination or the Black Lives Matter movement.

“I am with the Black Lives Matter movement and I love and support the military and my brother and the people who have fought to defend our rights in this country.”

Today, I listened to my heart. I felt an overwhelming amount of emotion as I stood there during the National Anthem. My brother, and many close friends have sworn to protect this country at all costs, and that means something to me, as does the flag and our nation. pic.twitter.com/eGJrWNIUvk

Leonard’s brother is a U.S. Marine who served two tours in Afghanistan.

“I am a compassionate human being and I truly love all people. I can’t fully comprehend how our world, literally and figuratively, has turned into black and white. There’s a line in the sand, so to speak: `If you’re not kneeling, you’re not with us.’ And that’s not true,” Leonard continued on to say.

Those aren’t empty words from Leonard.

Earlier this year, Leonard raised $180,000 for causes such as Feeding South Florida.

On Saturday, Leonard announced that he and his wife are going to donate $100,000 to a fund that helps combat voter suppression in predominantly black communities.

At the end of the day, an individual’s decision to stand or not stand for the national anthem is their decision, but it seems that Leonard, along with his teammates, are on on the same page about Black Lives Matter.