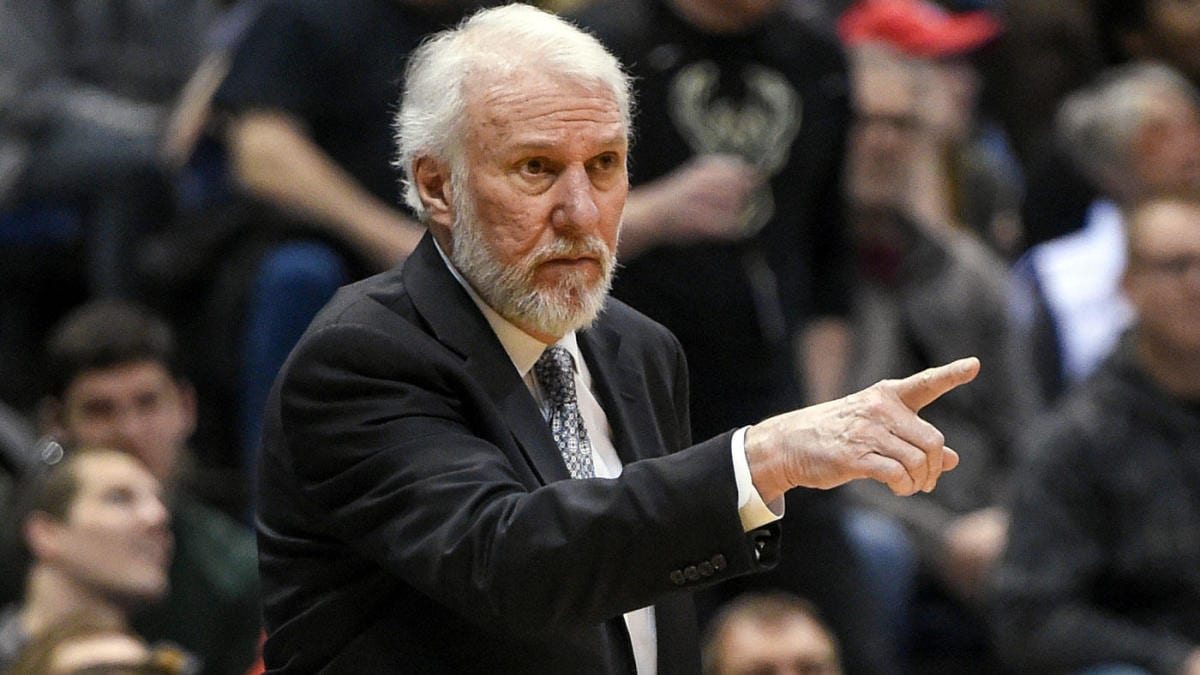 Governor Abbott announced the decision on Tuesday that residents are no longer required to wear face masks in public and that all businesses can open at full capacity beginning next week.

Though Texas is seeing a decline in cases, the Lone Star State is one of the slowest to administer vaccines.

Popovich, 72, was not at all pleased with the decision.

“In all honesty, I’m worried about the people in our state,” Popovich said. “That’s a pretty mystifying decision considering the situation we’re all in.”

Popovich called the decision both “ignorant” and “really ridiculous.”

“It puts a lot of businesses in a tough spot, I think,” Popovich said. “They’re trying to do a good job of keeping everybody safe. Of course, they want to open up. But getting rid of masks just seems ignorant to me.

“We have to have instant gratification and act like the pandemic is over? We already went through this once, and now we’re going to do it again? When you go into those restaurants, you take your masks off anyway when you’re eating. So how hard can it be? Now they’re going to have to talk to people that come in. And the people that didn’t want to wear masks in the first place, how do the businesses get them to wear masks? Well, now they don’t have to. So now there will be infections, one would think.”

Gregg Popovich has never been one to shy away from controversy, and the legendary NBA coach believes Governor Abbott’s decision will lead to more unnecessary cases and deaths in the state.

“But when all of a sudden we act like it’s over with and all of the science tells us the opposite, you’re basically saying, ‘You get infected and you die? That’s the way it goes. We have to open up!’ That’s not the way to do it,” Popovich said. “This is really ridiculous.”