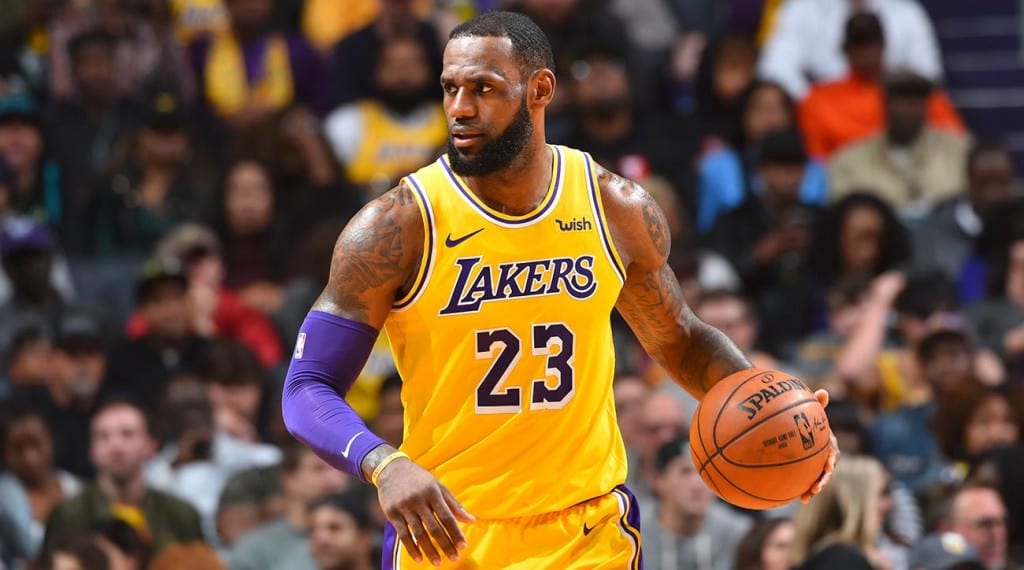 The soccer star launched an attack on James Thursday, complaining about his stance on political and social issues.

“Do what you’re good at. Do the category that you do,” Ibrahimovic said.

“I play football because I’m the best at playing football, I’m no politician. If I’d been a politician, I would be doing politics. This is the first mistake famous people do when they become famous and come into a certain status. For me it is better to avoid certain topics and do what you’re best at doing, because otherwise it doesn’t look good.”

The Lakers’ star did not respond until Friday night, after LA beat the Portland Trail Blazers 102-93.

That victory was the first win for the Lakers in a week, but the focus of James’ postgame interview was centered on his activism.

James issued a lengthy statement reiterating his intent to continue speaking up on injustices and pointed to his I Promise School and helping Renee Montgomery buy the WNBA’s Atlanta Dream as examples of his work.

James also referenced some comments made by Ibrahimovic back in 2018 that ventured outside of sports.

“There’s no way I would ever just stick to sports, because I understand this platform and how powerful my voice is. He can just ask Renee Montgomery if I would have shut up and just dribbled, just seeing that beautiful Black woman today be part of a group — she’s part of the ownership group with the Atlanta Dream.”

“It’s funny he’d say that because I believe in 2018 he was the same guy who said, when he was back in Sweden, talking about the same things, because his last name wasn’t a certain last name, that he felt like it was racism going on when he was out on the pitch. Right? He did say that, right? I thought he said that. I speak from a very educated mind. I’m kinda the wrong guy to actually go at, because I do my homework.”

The story from 2018 that LeBron James referenced is from Ibrahimovic’s complaints of the media’s “undercover racism” regarding his Muslim background.

“What does the Swedish media do? They defend me, or do they jump on and attack me? They still attack me, because they cannot accept that I am Ibrahimovic.

“If another player would do same mistake I do, they would defend him. But when it comes to me, they don’t defend me.

LeBron James continues to lead the Lakers in Anthony Davis’s absence as the Western Conference continues to be competitive.