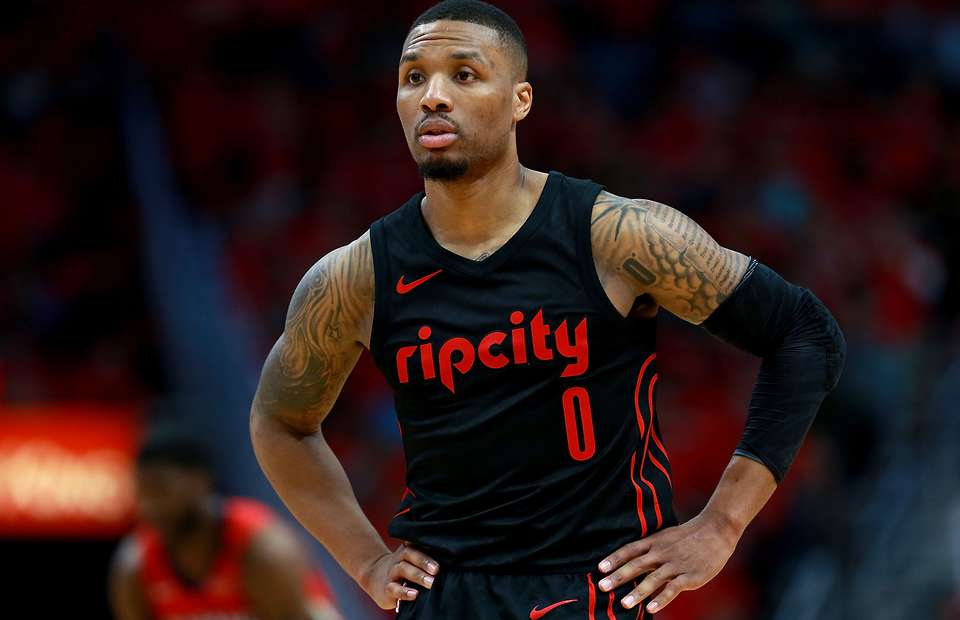 Portland Trail Blazers’ star guard Damian Lillard is having an amazing season; unfortunately, it wasn’t enough to be named a starter on the West squad.

The Blazers are 18-10 despite C.J. McCollum and Jusuf Nurkic suffering serious injuries this season.

Some thought this would be the year Lillard would earn his first starting nod in the All-Star game.

It turns out the fans didn’t feel the same.

The NBA announced the starting lineups for the 2021 NBA All-Star game in Atlanta next month on Thursday night, and Steph Curry and Luka Doncic got the starting nods.

While Lillard will for sure earn a reserve role, the Blazers are not thrilled with that idea.

Portland fans and their organization are frustrated, and understandably so.

Lillard has transformed into an all-world offensive talent, and year after year, his greatness is overlooked by fans who vote.

In fairness, Lillard’s 2018 All-NBA First Team is a more prestigious honor that he earned.

However, seeing him benched behind Curry and Doncic is not helping matters among Lillard advocates.

Curry is also on a historic run of his own this season, with numbers that rank among his career-best.

With that said, Curry was an automatic selection as a starter; the beef stems more with Dallas Mavericks star Luka Doncic.

Much like Lillard, Domcic is also averaging great numbers with 29.1 points, 9.4 assists, and 8.6 rebounds per game.

On the other hand, Doncic has not lived up to his preseason MVP hype as the Mavs struggle at 13-15 and currently sit outside of the playoff picture out West.

Lillard advocates can also point to the fact that players and media voted Dame over Luka, but the total vote favors fan voting and gives them the tiebreaker, and the fans picked Doncic over Lillard.

Damian Lillard is no stranger to having a chip on his shoulder, and this will only fuel his play going forward.

The rest of the Western Conference should beware of Lillard and the Blazers.