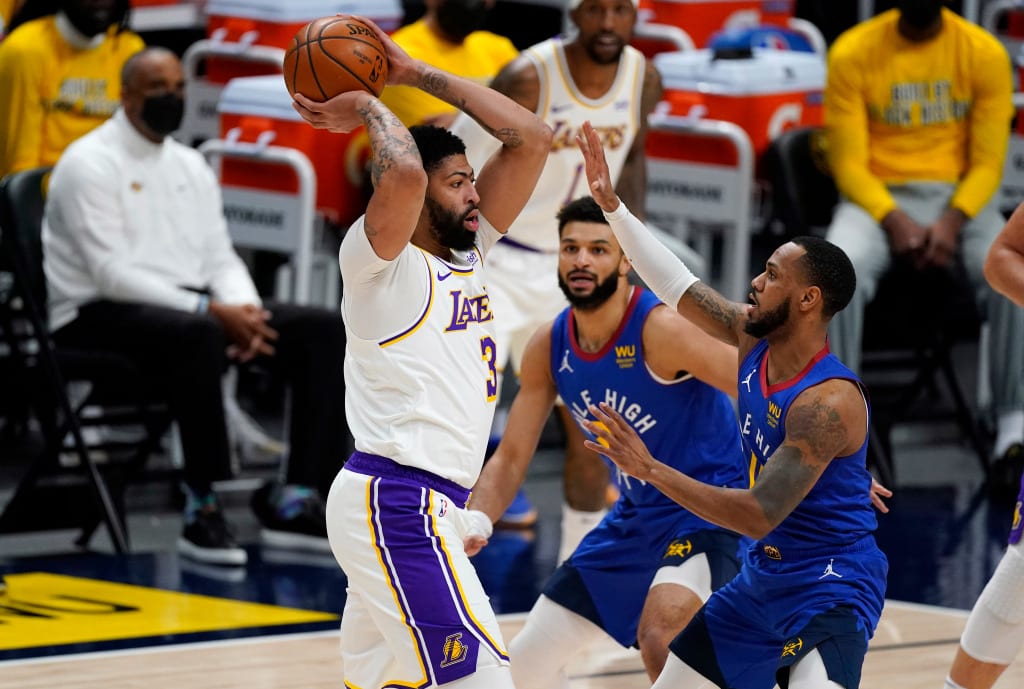 Los Angeles Laker Anthony Davis limped to the locker room after suffering an Achilles tendon strain late in the second quarter of Sunday’s game against the Denver Nuggets.

The Lakers announced the diagnosis during the second half, and Davis did not return to play.

The NBA All-Star underwent an MRI on Monday.

ESPN’s Adrian Wojnarowski reported that Davis aggravated tendonitis in his Achilles and is currently experiencing swelling.

Lakers All-Star Anthony Davis re-aggravated his right Achilles tendonosis and there's some swelling, source tells ESPN. He will get an MRI on Monday.

The injury occurred when Davis drove to the hoop past Nuggets’ center Nikola Jokic.

AD grimaced in pain when he planted his right leg and came up limping after Jokic fouled him on the play.

Davis clutched his right ankle but stayed in the game for a short time to shoot his free throws.

On the following play, the Lakers fouled intentionally to get Davis out of the game with 2:36 left in the first half.

Davis walked gingerly on the leg as he exited the game.

Anthony Davis limps to the locker room after hitting a pair of free throws. We're hoping for the best for AD. 🙏 #LakeShow pic.twitter.com/XMRDHEi7Jj

The 6-foot-10 Davis missed two games last week after being diagnosed with right Achilles tendonitis, which is considered a chronic tendon ailment.

Sunday was just his second game back from injury.

AD has suffered more than 40 injuries during his 9-year NBA career.