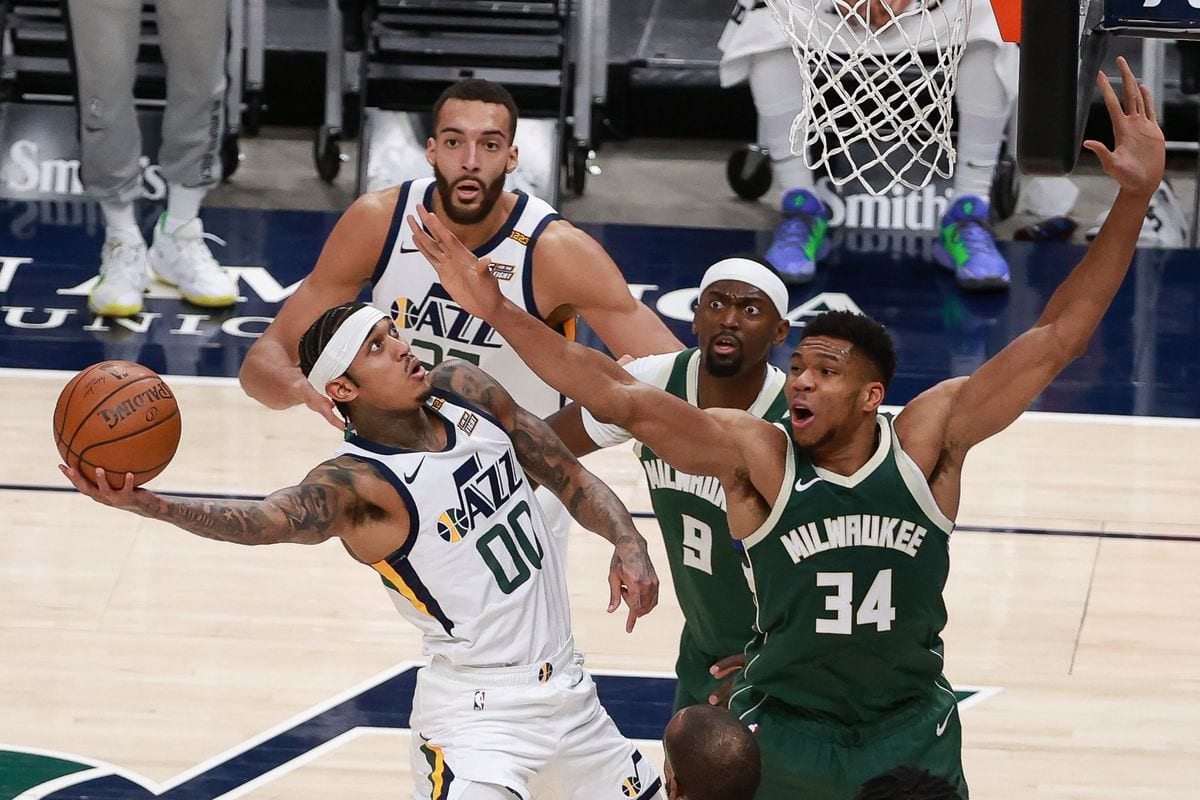 Giannis Antetokounmpo of the Milwaukee Bucks says the Utah Jazz are the “best team in the West.”

The Bucks lost to the Jazz 129-115 at Vivint Arena on Friday night, and Antetokounmpo was star struck by the simplicity of the Jazz’ game plan, declaring them the best out West.

The reigning MVP scored 29 points and added 15 rebounds and six assists after being held to just two points in the first half, the lowest point total for Giannis this season.

The Jazz had four players score 25 points for the first time in franchise history.

Giannis felt a personal connection to the action before his eyes.

“It just looks fun. Like when I watch them play, it looks fun, it looks easy,” Antetokounmpo said. “It looks simple. For sure, they look like us last year, and man, when you’re at that point, and you’re playing with that confidence, you’re hard to beat for sure.”

Rudy Gobert and Joe Ingles both scored 27 points, and Donovan Mitchell has 26 points along with eight assists and six rebounds.

Ingles said that the Jazz would celebrate the victory for a short time and then get back to business.

“I don’t think we’re that satisfied just yet,” said Ingles, who went 7-for-9 from 3-point range.

The Jazz have bigger goals beyond the regular season, especially since they blew a 3-1 lead to the Denver Nuggets last playoffs.

Giannis Antetokounmpo and the Bucks have their own championship dreams.

Still, despite being second in the East at 16-10, many expect the third-place Brooklyn Nets to be representing the East when it’s time to crown a champion.