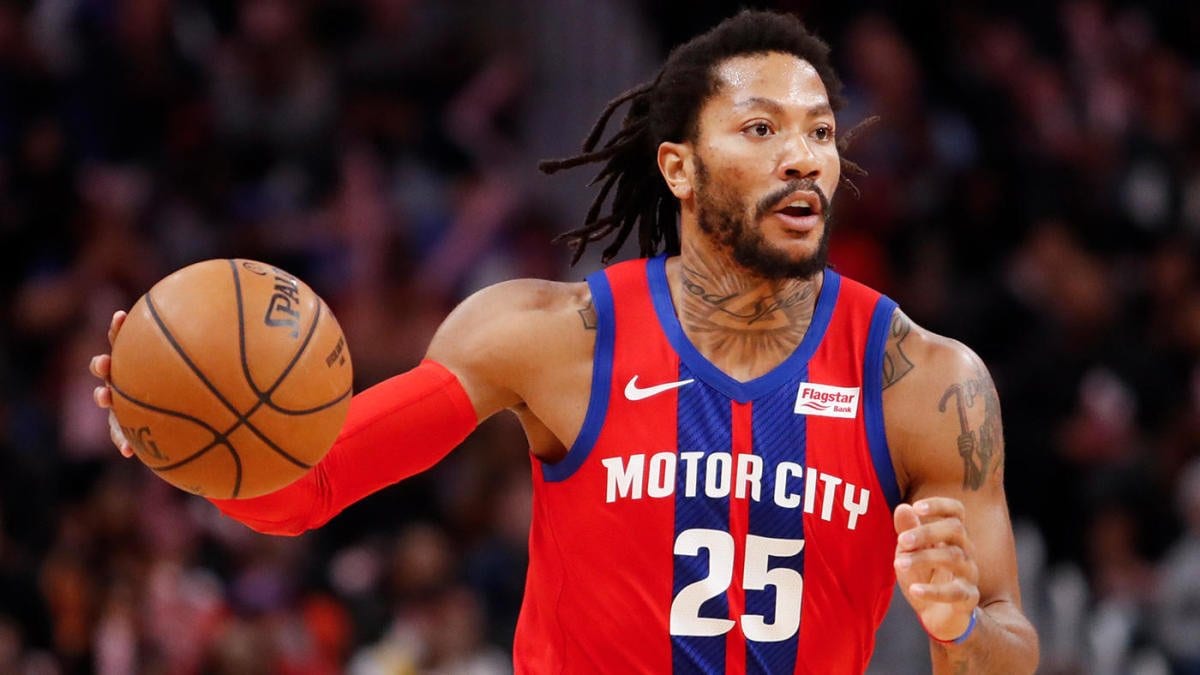 The Detroit Pistons are in trade discussions with the New York Knicks regarding guard Derrick Rose.

Rose, who was out for Saturday’s game against the Los Angeles Lakers, could be reunited with former head coach Tom Thibodeau.

Thibs coached Rose in Chicago during his MVP years and in Minnesota years later.

Rose is in the first year of a new contract with Detroit as the team goes through a rebuild without injured guard Killian Hayes.

The Pistons are focused on Dennis Smith Jr. as the center of their return package for Rose.

Smith Jr. has been so frustrated about his playing time in New York that he requested to go down to the G-league earlier in the year to get more playing time.

Any potential deal would most likely include a player and a draft pick, although the first-round pick the Knicks got in the Kristaps Porzingis trade with Dallas over two years ago is out of the question.

He would be a valuable trade piece for any playoff team in contention that wanted to give the Pistons an asset.

The Pistons still have to deal with Blake Griffin’s contract for this season and next season if he exercises his player option for next year.