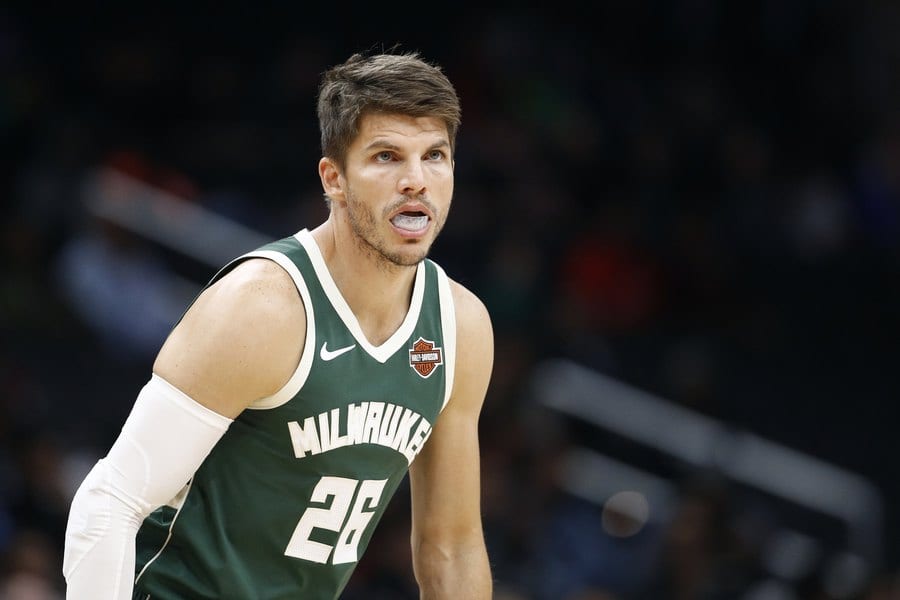 Kyle Korver, one of the league’s premier shooters, is still a man without a team, but the 17-year veteran seems content sitting at home.

Korver has been spending time with family and making appearances on TNT’s The Arena while he waits for an NBA team to call.

There are still plenty of teams that would benefit from having the sharpshooter who led the league four times in 3-point shooting percentage, including setting a new NBA record in 2009-10 of .536.

Mark Medina of USA Today asked Korver about his future and got a shrug as an answer.

“I’m not sure [about a return]. I’ve talked to a few teams about it. Coming out of the bubble, I believe in honoring the game. I believe you honor the season with a good offseason. Coming out of the bubble with the quick turnaround, I didn’t feel I really did that. So I don’t want to cheat the game. If I want to go play, I want to go play well. I haven’t signed any paperwork. My wife asks me this question every day. It’s one I have a hard time finding my exact words for. So I haven’t signed paperwork yet. I’ve enjoyed being with my family, and it’s been a challenging season across the board for the league and for the players. But we’ll see. I don’t know.”

For Korver, who hasn’t been in the headlines since a trip to the Vatican during the offseason to discuss social justice issues, the waiting could be too much.

At his age, a player needs adequate time to prepare to get in shape.

Still, as the NBA gets closer to the second half of the season and the playoffs, it will be interesting to see what Korver decides to do when teams call to inquire about his availability.

Korver will turn 40 next month, and any team benefits from veteran leadership during the playoffs, but Korver is in no rush to decide as he waits it out.