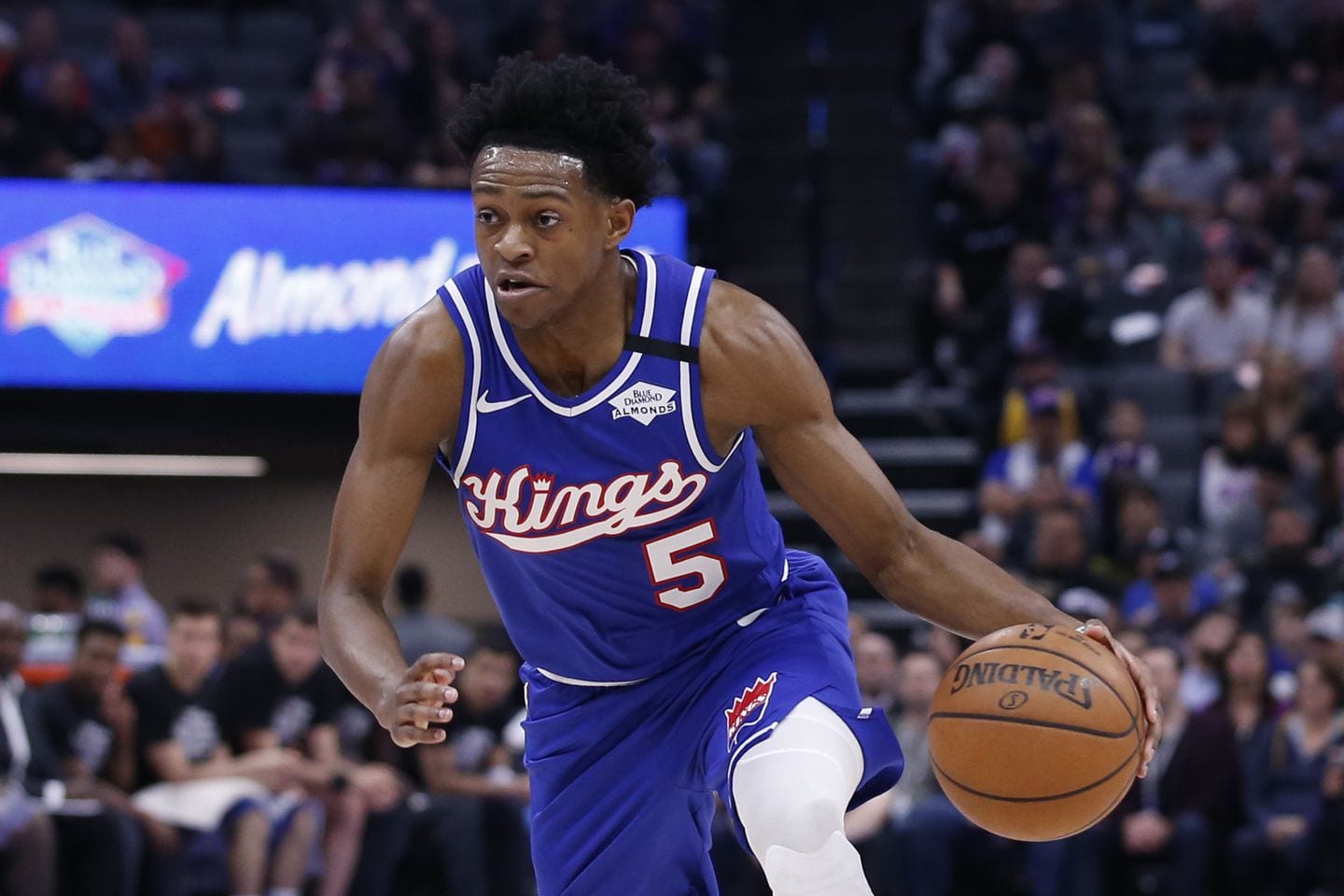 Voters didn’t choose the Sacramento Kings’ De’Aaron Fox for the NBA All-Star Game, but he wouldn’t have been happy about playing in it if they had.

“If I’m going to be brutally honest, I think it’s stupid. If we have to wear a mask and all this for a regular game, then what’s the point of All-Star being back? Obviously, money makes the world go round, so it is what it is. I’m not really worried about it. If I’m voted so be it. If I’m not,” Fox said after the Kings defeated the Celtics Wednesday night.

When asked if he would play in the All-Star Game if voted in, Fox reminded reporters there was a fine for not participating and then responded, ” hell yeah, I would play in it.”

In his fourth year in the league, Fox is averaging 22.3 points, 3.3 rebounds, and 6.6 assists per game, but his numbers weren’t enough to get him on the West’s team.

Fox wasn’t the only player who wasn’t thrilled with the news of an All-Star Game.

Nikola Jokic, the Denver Nuggets’ MVP front-runner, said he would rather get some rest than play, but it was an “honor.”

Asked Nikola Jokic if he wanted an ASG or a break: "I was All-Star last 2 years .. I'm in shape. The rest, break, of course, 'Where to sign right now?' But being an AS, it's an honor, you represent a lot of people, back home, Serbia, Sombor, my family. It's honor to be there."

Back in August 2020, the NBA canceled the 2021 All-Star Game due to COVID-19 concerns, but the league reversed course and decided to hold the All-Star Game and several skills competitions at the Atlanta Hawks’ State Farm Arena.

There is like to be a Slam Dunk Contest and a 3-point Shootout also.

ESPN’s Adrian Wojnarowski is reporting that the league is taking additional precautions.

Players are likely to be made to return team market two days prior to the end of the March 5-10 break, sources tell ESPN. Daily testing will be required during All-Star break too. https://t.co/rQjBxwR7wP

The Brooklyn Nets’ Kevin Durant and the Los Angeles Lakers’ LeBron James are leading vote-getters in the first round of fan voting.

Steph Curry is the only other player to get more than 2 million votes with 2.11 million so far.