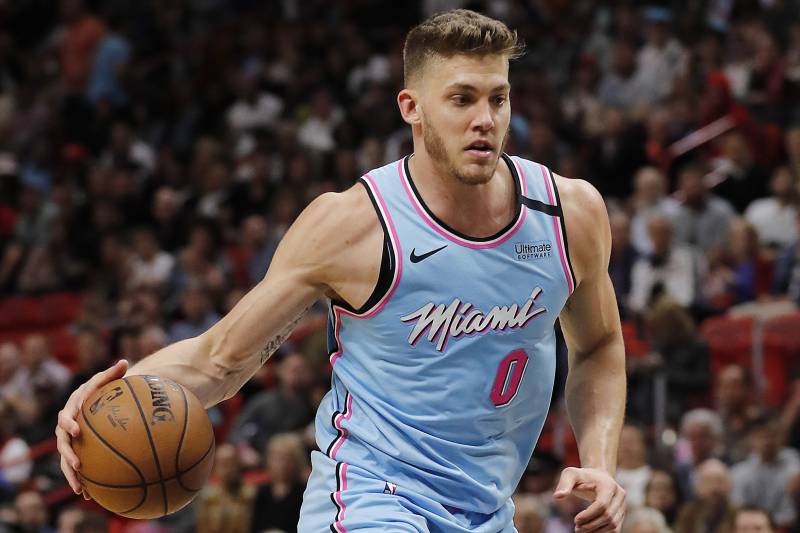 Miami Heat center Meyers Leonard is set to undergo season-ending surgery, according to The Athletic’s Sham Charania reported on Tuesday.

Leonard has been out for nearly a month with a left shoulder strain and made it into just three games this season.

He was with the team for most of that stretch but stepped away Monday to see some specialists.

Leonard, 28, averaged 6.1 points and 5.1 rebounds with the Heat last season, his first with Miami after spending his first seven seasons with the Portland Trail Blazers.

He missed Miami’s last 16 games before the league hiatus for the coronavirus pandemic with an ankle injury.

He managed to play in three games during the Heat’s finals run at Walt Disney World.

Meyers Leonard signed a one-year, $9.4 million deal with the Heat this offseason, which also comes with a team option for next season.

“It’s just unfortunate to go through that. We all have his back,” Heat guard Tyler Herro said Tuesday, via The Miami Herald. “So whatever Meyers needs, he’s one of the best teammates I’ve ever had. … When he steps into a room or a locker room, he’s always heard, and he’s always preaching the right thing.”