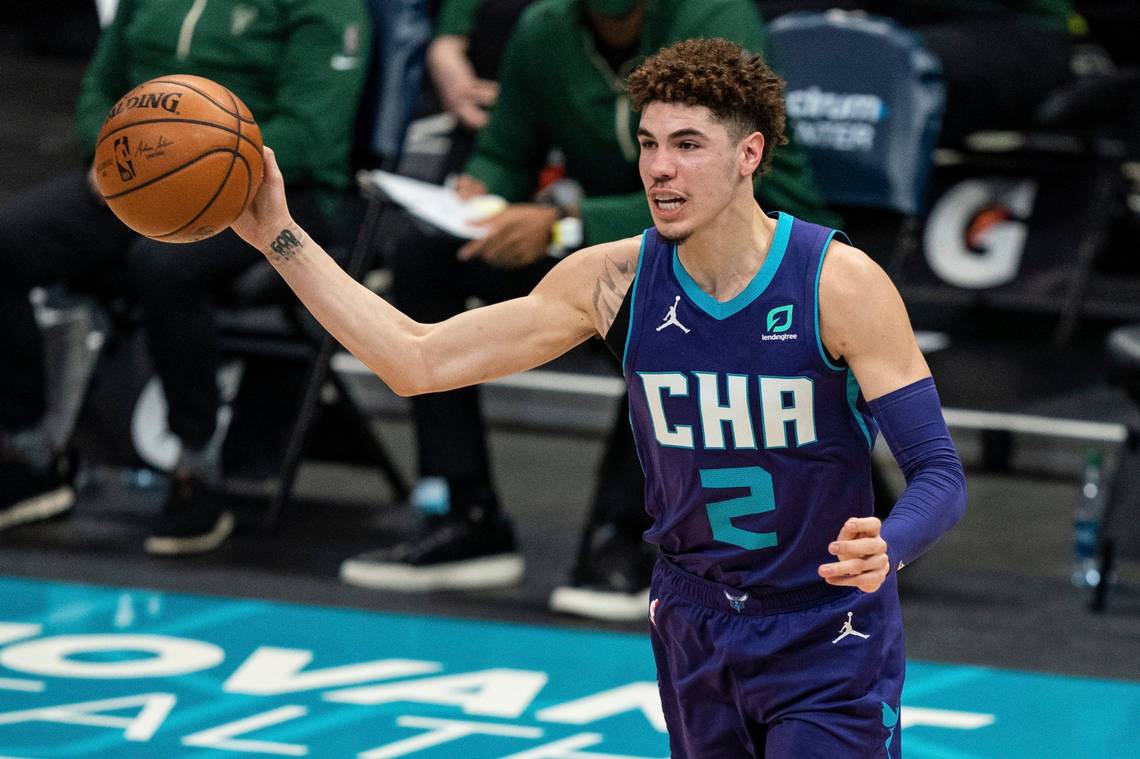 Maybe LaVar Ball was right after all.

His youngest son LaMelo Ball didn’t start the game, but he finished strong.

The youngest Ball shot an impressive 80 percent from the field while scoring a career-high 27 points, nine assists, seven rebounds, and four steals in the Charolette Hornets 126-114 victory over the Milwaukee Bucks.

Melo is looking more and more like the player big Ball said he would be.

The rookie guard replaced the injured Tery Rozier after Rozier sprained his right ankle at the end of the first half.

The Hornets were up by 20 points at the start of the second half and managed to hang on for the victory despite 34 points, eighteen rebounds, and nine assists from Giannis Antetokoumpo for the Bucks.

Ball scored or assisted on 13 of the Hornet’s final 15 points.

The victory was the second in the row for the Hornets, who currently sit in the Eastern Conference’s eighth spot.

Melo is averaging 12.2 points, 5.9 rebounds, and 6.1 assists in his first NBA season, while his older brother Lonzo has been the subject of trade talks over the past week.

There’s no word yet on how long the injured Rozier will be out.

The 2015 first-round draft pick is the Hornets’ second-leading scorer averaging 18.9 points per game.

The Hornets travel to Miami Monday to take on the Heat.