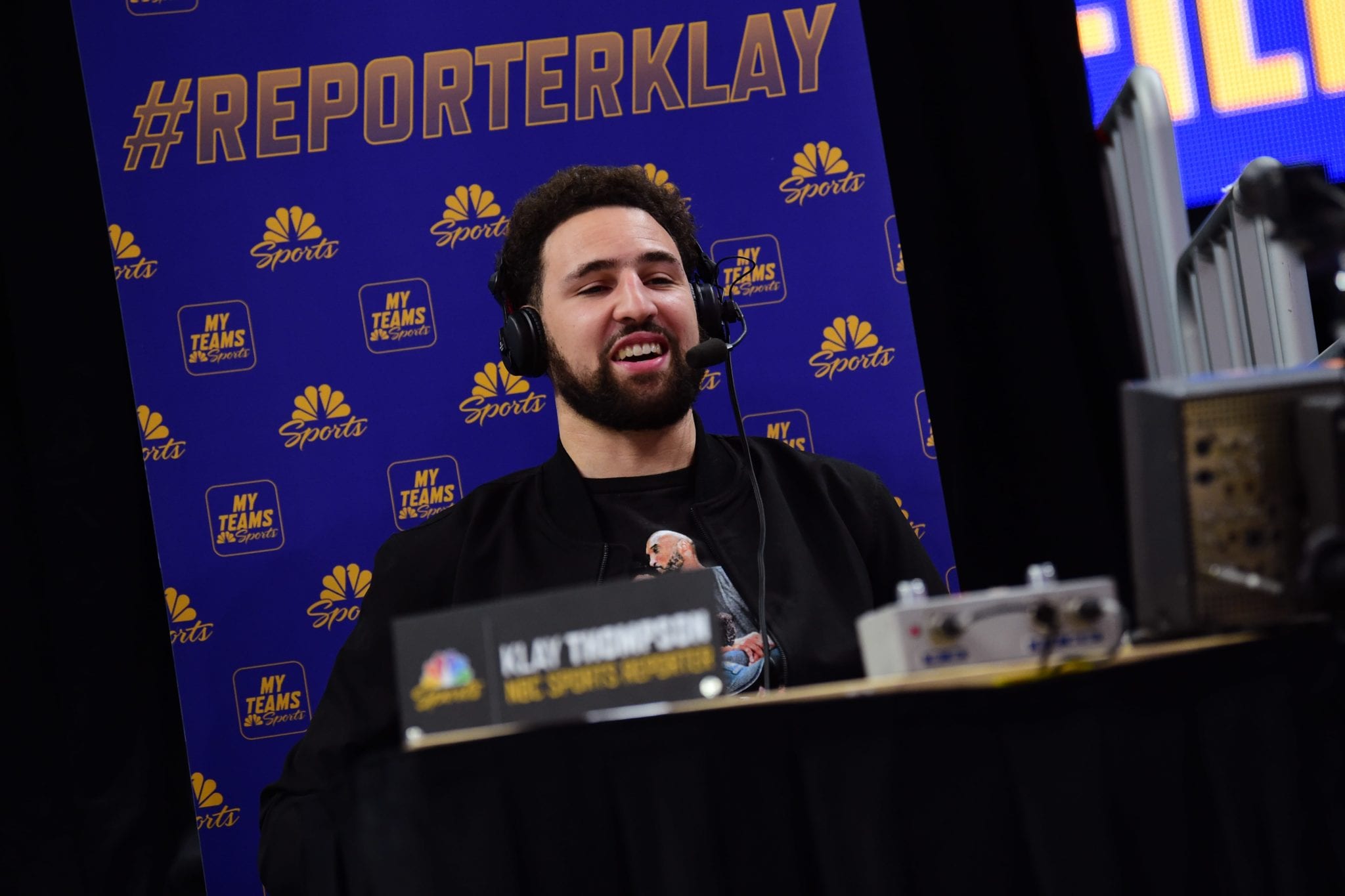 It all started when Golden State’s Juan Toscano-Anderson said something to Detroit’s Wayne Ellington, to which McGruder then took offence.

Words were exchanged as players left the floor following the Warriors’ 118-91 win over the Pistons on Saturday.

But then things got really spicy.

Thompson, who is out for the season with an Achilles injury, was calling the game on the Warriors’ NBC Sports Bay Area broadcast, had this to say when asked what was going on at ground level.

Klay defending his teammates on the mic 🗣️ pic.twitter.com/xgTUxwcP36

“This dude might be out the league soon, he’s probably mad about that, who knows?” Thompson said as the rest of the broadcast team laughed. “Over here, trying to start something like he’s a good player or something.”

Draymond Green wasted no time in adding fuel to the fire in his postgame press conference.

“When the fuck did Rodney McGruder become the tough guy of the team?” Green said. “If you really wanted to do something, you could’ve done it. Walk  over there talking shit like he the team tough guy. Get the hell out of here.”

Ellington then fired back with some thoughts of his own.

“First of all, I think it’s very unprofessional and definitely not classy for someone to attack Rodney’s career … he’s one of the most hardworking and humble, down to earth guys we have in this league.

“For Draymond to sit up and talk all that type of crazy stuff behind the microphone, I think that’s the tough fake tough guy stuff.”

The Warriors and Pistons are not scheduled to play each other again this season, having met twice already, so any additional barbs will have to be traded over Twitter for now.