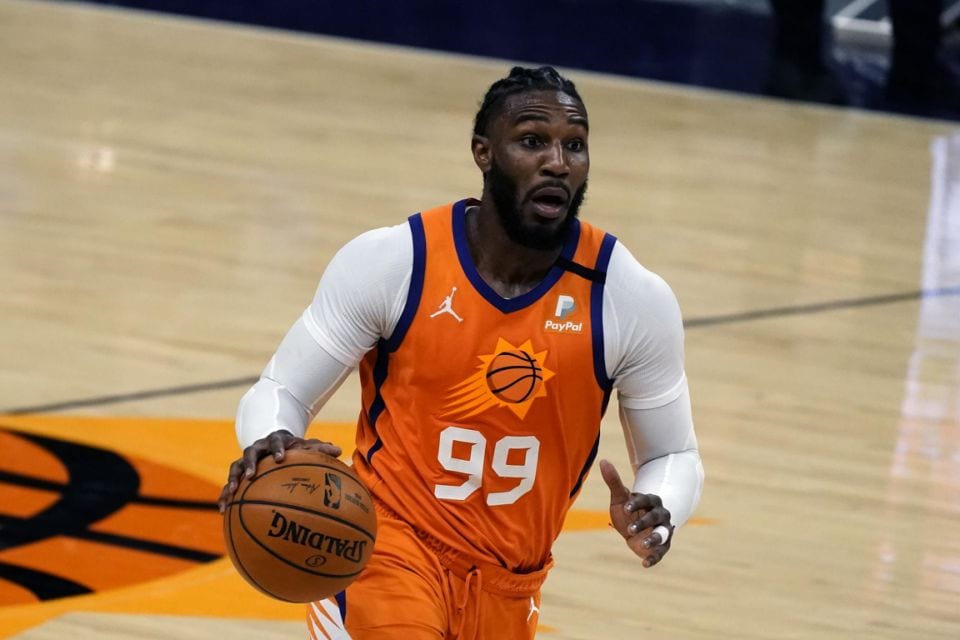 The Phoenix Suns’ Jae Crowder opened up Tuesday, discussing what he described as an “overwhelming number of death threats.”

The Suns’ veteran felt he needed to post on his Instagram page about the threats before going public to “The Arizona Republic.”

“I get death threats all the time, and just felt like the other day woke up, and it was just like an overwhelming number of death threats in my messages and mails,” Crowder said.

Crowder vowed in his posts that he would not let people threatening him take anything away from or impact his time with his six-year-old daughter Jada.

Crowder clarified to the Republic that none of the threats he has received had been directed at Jada.

“It was nothing like harmful to my daughter,” Crowder said. “It’s just me saying no one is going to take me away from me being a father to my daughter is what I was trying to say.”

Crowder said he isn’t sure where these threats originated from, who created them, or their motive for sending them.

Crowder, 30, is playing in his ninth season in the NBA and his first season with the Phoenix Suns, where he is averaging 10.3 points and 4.6 rebounds per game as a part-time starter.

Phoenix is attempting to make the playoffs for the first time since the 2010 season.