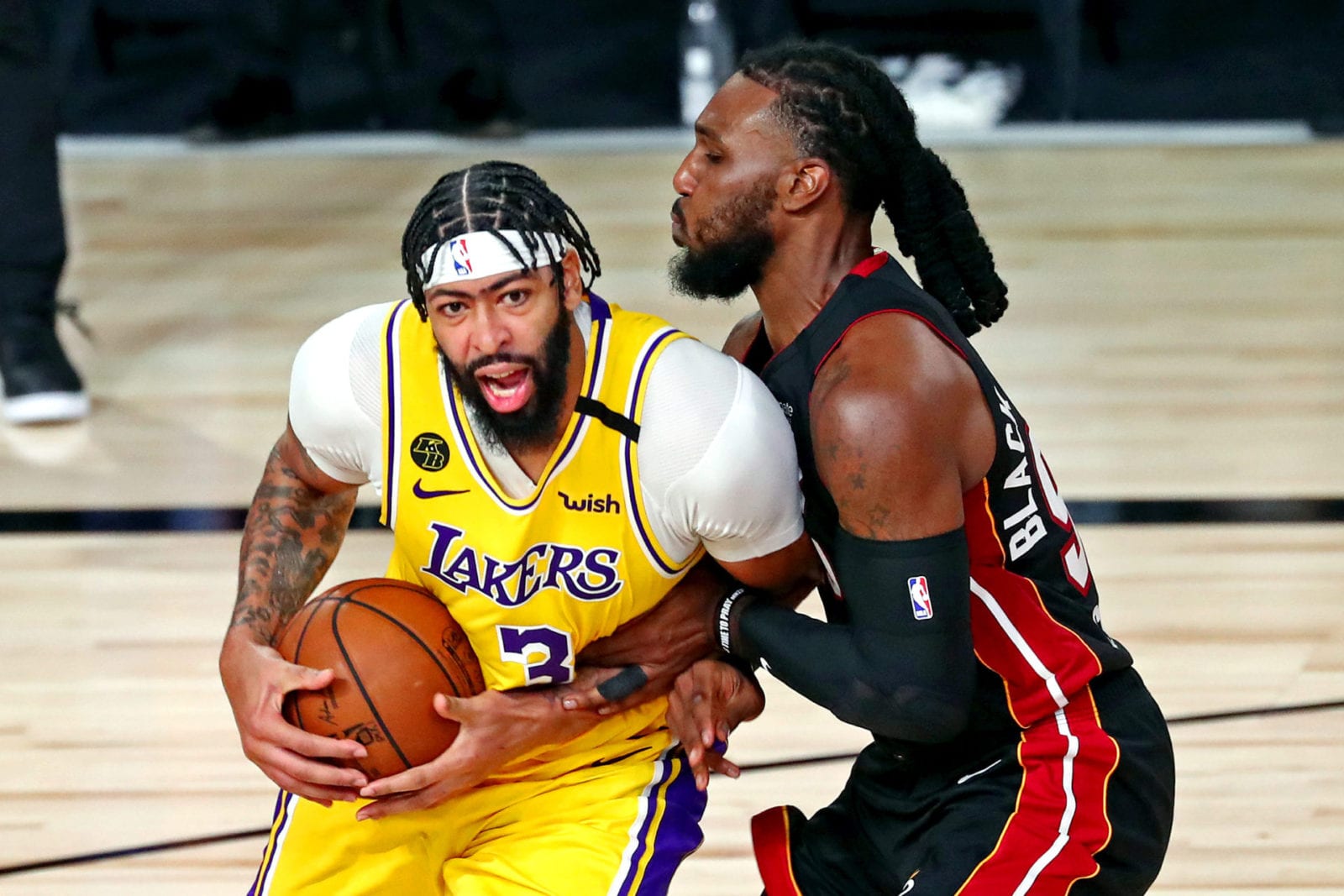 The Los Angeles Lakers blew out the Miami Heat in Game 1 of the NBA Finals 116-98, showing why the purple and gold have been favorites all season to bring home the championship.

Anthony Davis led all scorers with 34 points while grabbing 9 rebounds, and handing out five assists as the Lakers went up by as many as 32 points in route to a 1-0 series lead.

Miami started off strong going up by as many as 13 points in the first quarter, but the Lakers quickly closed that gap going on a 25-5 run to end the quarter.

The rest of the night belonged to LA.

Kentavious Caldwell-Pope filled in as the third scorer for the team racking up 13 points and the Lakers’ bench had a strong showing.

Miami can take some solace in defeat.

The 1985 Showtime-era Lakers’ lost to the Boston Celtics by 34 points in Game 1 of that series before rallying to win the title in six.

Jimmy Butler led the Heat with 23 points, but Miami’s Goran Dragic and defensive star Bam Adebayo both left the game with injuries.