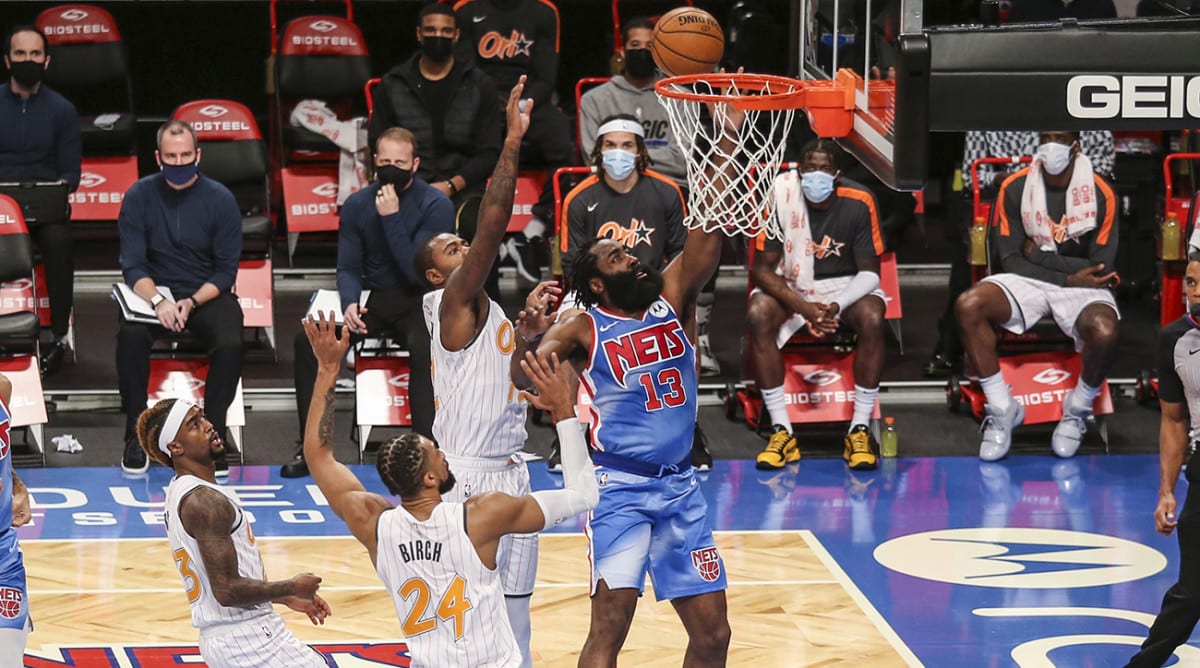 It has been an up-and-down first couple of hit-outs for the Nets big three of Kevin Durant, James Harden and Kyrie Irving.

They suffered an overtime loss to the Cavs, which was followed by another defeat to the same team (sans Durant), before they finally notched their first win as a group, downing the Miami Heat yesterday – despite the best efforts of a red hot Bam Adebayo.

However, Harden’s scoring output in his last three games in a Nets jersey has been down slightly. He’s contributing elsewhere (as always), but his 12-points yesterday (without a made three-pointer for the first time since March 2020), typified his slow scoring start for his new team.

Through this stretch, he is averaging just 17.3PPG, however, he has contributed 11.6APG through the same stretch – which makes sense, considering he’s playing alongside two of the best scorers in the league, and a red-hot Joe Harris.

When quizzed about his slightly lower scoring numbers – Harden brushed off any concerns.

“I just want to come in and get a feel for what’s going on,” Harden said.

“Obviously, I could be more aggressive offensively, but we have more than enough scorers and guys that can put the ball in the basket (…) I’ve just got to pick and choose my spots, which I feel like I’m doing OK. But facilitating, getting guys shots, getting our bigs finishes at the rim, and just being solid defensively is what I’m trying to do,” Harden continued.

“He found guys for layups or wide-open threes and created and distorted the defense,” Nash said.

“I (also) think he’s still trying to get himself into shape. (He played) three games in four nights, including (a) double overtime. So, I think, hats off to him for finding a way to contribute when his shot wasn’t going and his legs weren’t there. He still made a lot of plays for his team,” Nash finished.