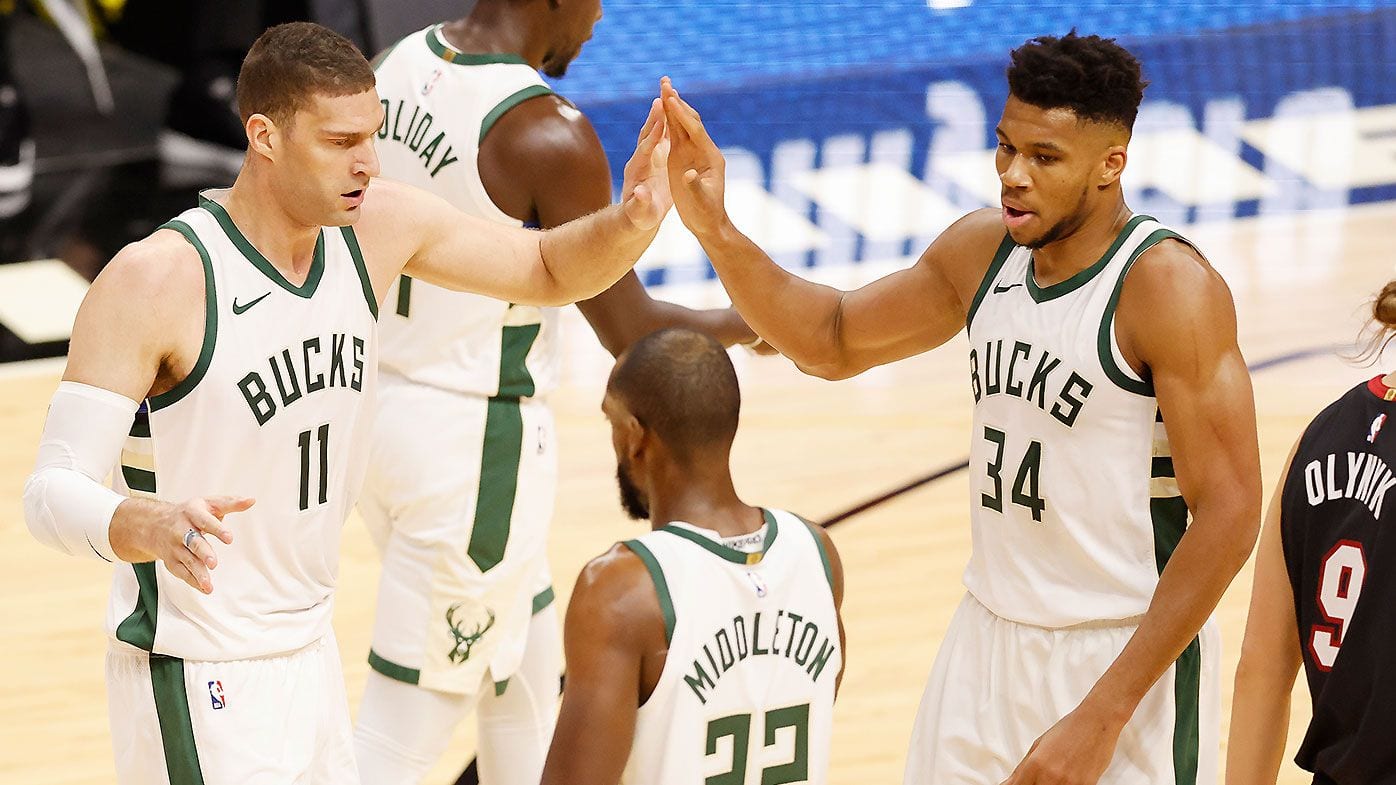 They say revenge is a dish best served cold, but the Milwaukee Bucks were on fire against the Heat making an NBA record 29 3-pointers in their 144-97 victory over Miami.

The Buck’s lost to the Heat in the Eastern Conference Semifinals, ending a disappointing 2019-20 season in which they were expected to contend for the title.

Milwaukee’s second-round pick Sam Merrill did the honors, launching a shot behind the arc from the left corner with just over six minutes in the game.

The Milwaukee Bucks break the NBA record for threes in a game with 28 (and counting). pic.twitter.com/56DW54kVoB

Merrill’s 3-pointer was the team’s 28 and broke the record of 27 3-pointers which was set by the Houston Rockets just last season against the Phoenix Suns.

The Milwaukee Bucks also set a record for the most players with a made 3-pointer in a game at 12.

New Buck Jrue Holiday led the team scoring six 3-pointers, while Bucks star and reigning MVP Giannis Antetokounmpo missed both of his attempts behind the arc.

Khris Middleton led all scorers with 25 points, while Holiday added 24.

The Greek Freak had an off night tallying up just nine points, six rebounds and assists, and three steals for the win.

Giannis and the Heat will both get an opportunity to make up for their poor performances when the teams meet again tonight.

In light of the ongoing coronavirus pandemic, the NBA is attempting to reduce and optimize travel schedules.