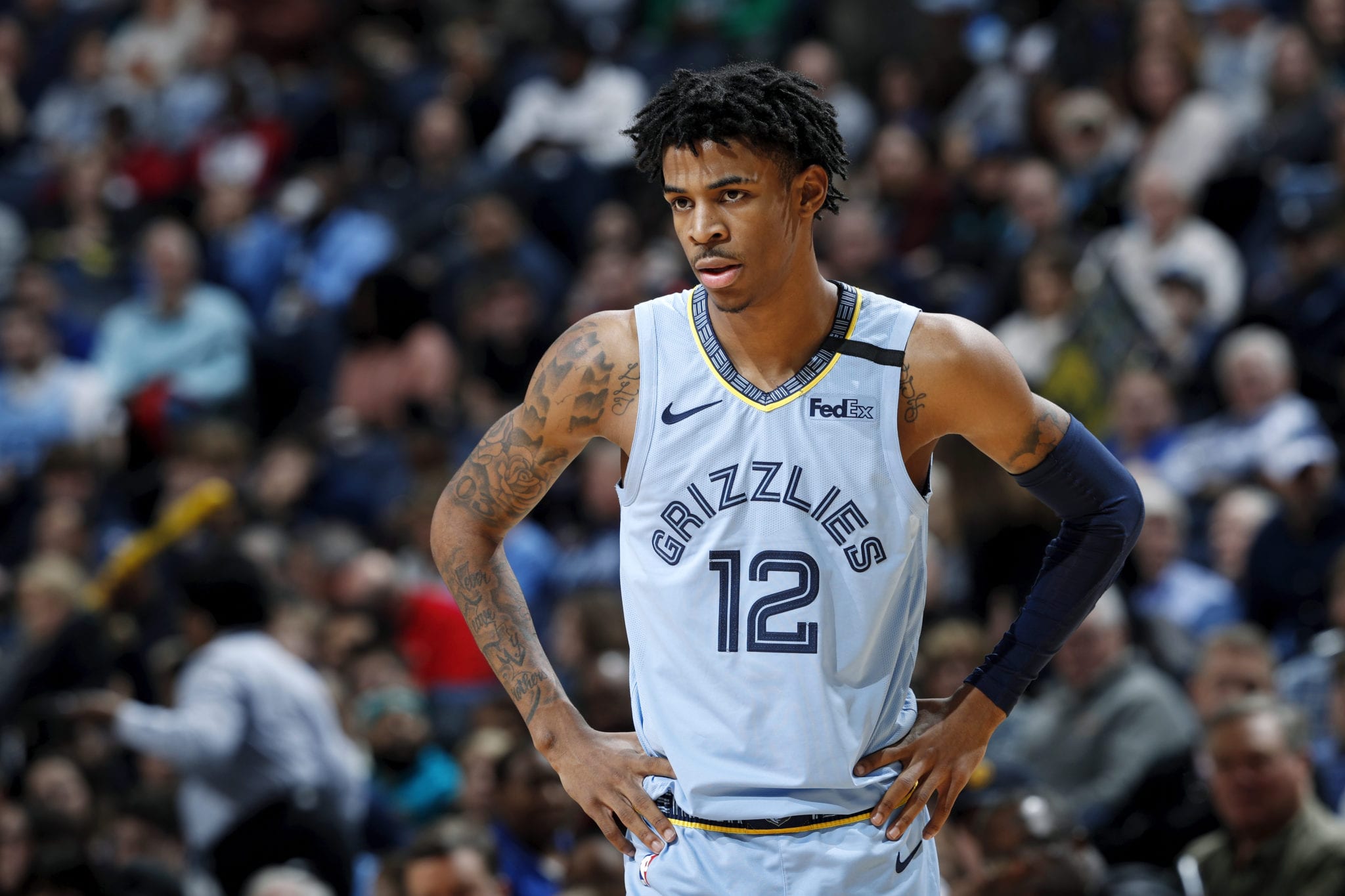 The Memphis Grizzlies star guard Jay Morant will be out the next 3-5 weeks with a Grade 2 ankle sprain according to the team.

Morant got an MRI Tuesday and X-rays revealed his left ankle had not suffered a fracture.

The second-year guard let fans know he would not be sidelined for long.

Morant suffered the injury in the second quarter of the team’s 116-111 overtime win against the Brooklyn Nets Monday night.

Morant landed on Timothe Luwawu-Cabarot’s foot after he tried to block his shot.

The 21-year-old hoped to the sideline before he was taken to the locker room in a wheelchair.

The loss of Morant is a big blow to Memphis which is already missing Jaren Jackson Jr. who had knee surgery and Justise Winslow who is coming back from a hip injury.

Morant was the second pick of the 2019 Draft and had a phenomenal first season averaging 26.3 points, 2.3 rebounds, and 6.3 assists per game on his way to being named the Kia Rookie of the Year.