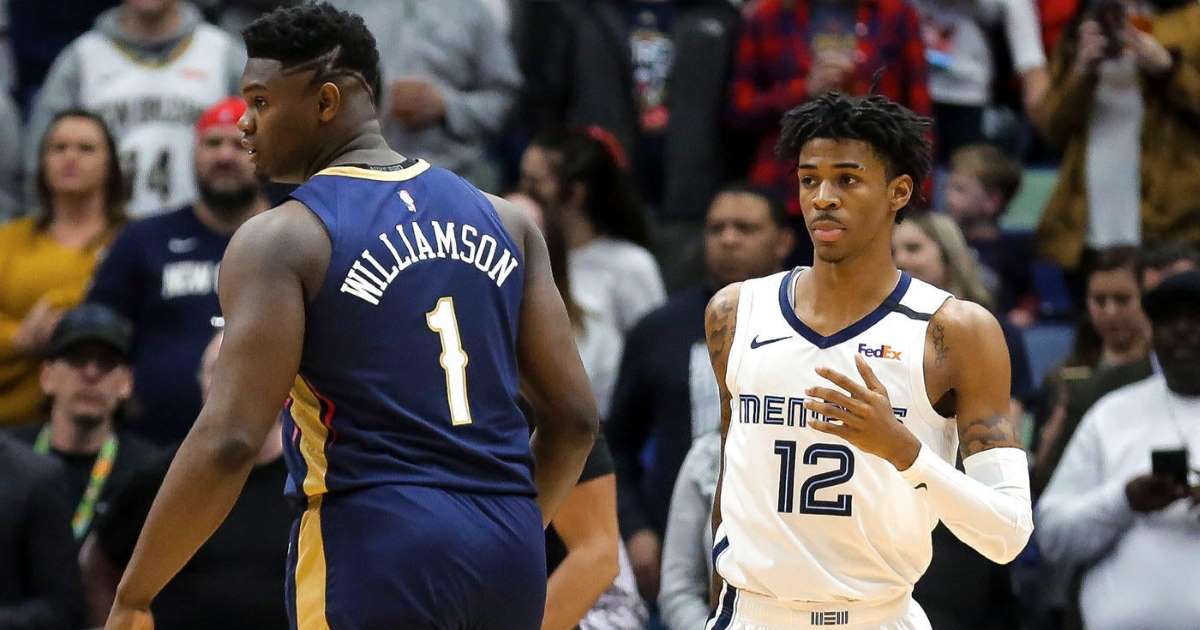 Ja Morant and Zion Williamson are the headliners of the NBA’ 2020 All-Rookie First team this season.

Morant, of the Grizzlies, was a unanimous selection for the All-Rookie First team.

This accomplishment comes on the heels of Morant also winning the 2020 NBA Rookie of the Year award earlier in the playoffs.

The first and second teams were announced at the beginning of the Eastern Conference Finals on Tuesday night.

Morant averaged 17.8 points and 7.3 assists per game on top of nearly leading his Memphis Grizzlies to the postseason in his first year.

The former No. 2 overall pick out of Murray State was the only unanimous selection on the All-Rookie teams.

Williamson, despite being injured for a good chunk of the season, still managed to put up a nice stat line of 22.5 points per game and 6.3 rebounds per game.

A global panel made up of 100 sports writers and broadcasters pick the ten best rookies regardless of position.

Due to the COVID-19 pandemic, the league resorted to handing out the awards mid playoffs, rather than at the end of the season, as had been adopted in previous seasons.

The last two honors waiting to be announced are the All-NBA teams and the league MVP award.

Ja Morant and Zion Williamson both looked impressive in their rookie campaigns and look to build on a great first year.