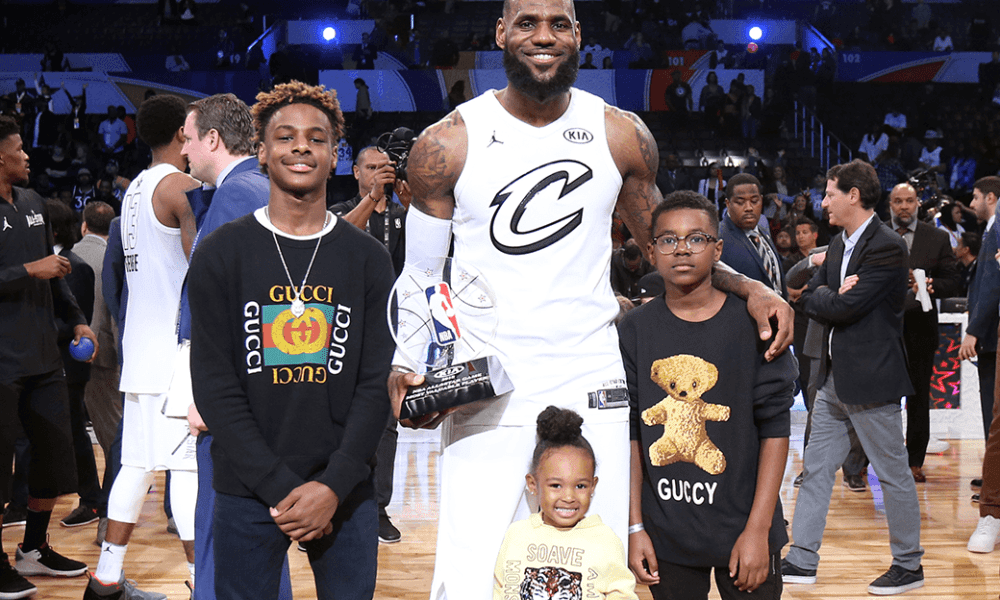 Fate is a funny thing.

LeBron James just signed a two-year, $85 million contract extension with the Lakers. His son and namesake, LeBron James Jr., is 16, and will be eligible to declare for the draft in, yep, you guessed it two years – the same time that his dad will become an unrestricted free agent. If all goes well with his body, and the stars align for both parties, there is every chance we see father and son play on the same NBA team, or against each other – which would be a league first, and an absolutely bonkers storyline.

It is that potential scenario that most excites James, in regards to the most recent contract with which he put pen to paper.

“The best thing about it is the year I’ll be a free agent will be the same year my oldest son graduates high school,” James said.

“I’ll have some options to see, for me personally, what I want to do forward, being around my family, being around my son more or continue to play this game I love with great health and great spirits. We’ll see,” he continued.

There are, of course, a hell of a lot of ‘if’s’ to do with this scenario playing out. James Jr. would need to continue to develop into a potential NBA talent, and the NBA’s collective bargaining agreement would need to be amended so that players no longer needed to play a season at college or in another league in order to be drafted.

However, there is no doubt that the potential situation is a big motivator for the reigning Finals MVP, and he hasn’t been shy about sharing that desire previously.

“You want to ask me what was the greatest achievement in my life? If I’m on the same court as my son in the NBA,” James said in 2018.

“That would be No. 1 in my lifetime as an NBA player.”