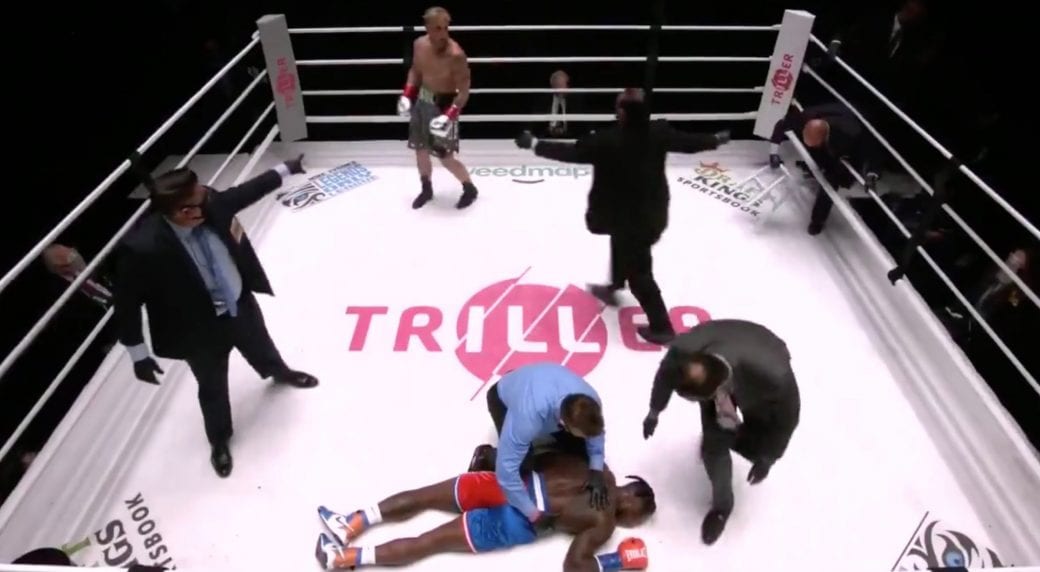 Former Boston Celtics point guard, and high-flying dunker Nate Robinson made headlines yesterday, as he was knocked out in his professional boxing debut against YouTuber Jake Paul in the opening stages of the second round.

It was a total mismatch from go-to-woah for the former Celtic, who looked totally out of place in the ring, and the knockout blow from Paul has gone viral, as Robinson was felled, hitting the canvas face first. He required extended medical attention after the incident.

Before the bout, Robinson said that he was representing the NBA brotherhood in the contest.

It would appear though, that the majority of the current NBA crop may have preferred a different pin-up boy, however, with social media reactions to his defeat from current players coming as swiftly and as brutally as Robinson’s ill-fated first bout.

There were some concerns for Robinson’s health post-fight, but in an Instagram post, the former Celtic put concerns about his well-being to bed – saying:

“Thank you everyone for all of the well wishes, I’m OK… To my coaches, trainers, fans, and teammates, I appreciate all of the time and support you guys put in with me…it wasn’t the outcome that we wanted, but I’m thankful for the opportunity to fight on the biggest stage that there has been.”

Regardless of the effort and intention, it may be a while before we see Robinson glove up and go to work again.
-->