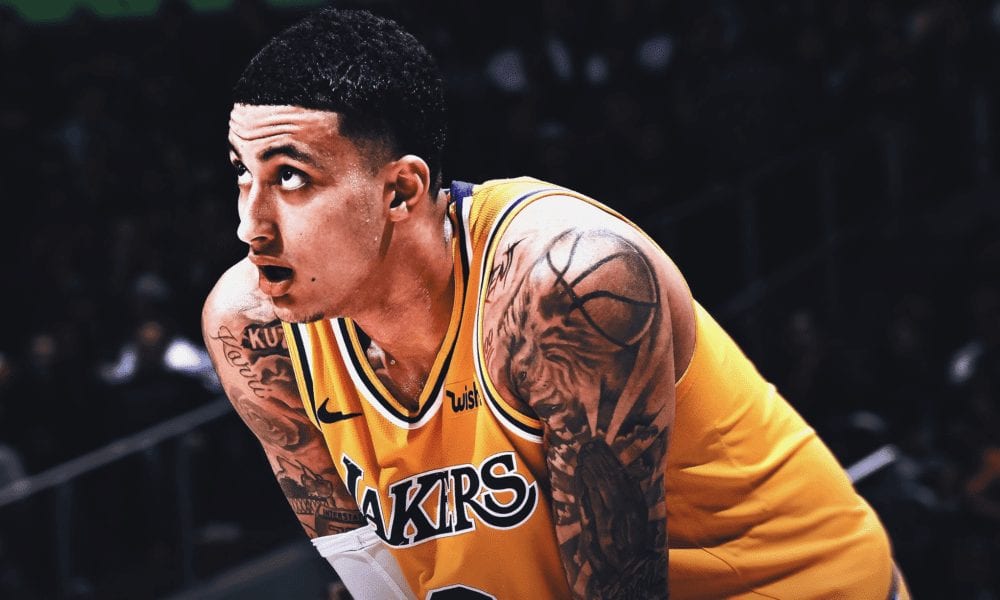 A lot is going smoothly for the recently crowned LA Lakers right now.

They have AD and LeBron on their books for this coming season, there’s rumours floating that they are poised to sign another ball-handler (DeMar DeRozan and Chris Paul have both been floated in conversations), and they will only continue to improve as a unit the more they play together in a run to try and defend their championship.

However, there are also still question marks about some parts of their roster leading into this season – not least of which being what to do with Kyle Kuzma.

An attractive trade piece, Kuzma played the back-end of the regular season, and the entire playoffs off the bench for the Lakers, and was clearly not the third option many touted him to be before the season tipped. However, there is plenty of upside for a team who would be willing to give him more of a role, and many in NBA circles believe his ceiling is still some way from being reached.

But, the Lakers need to make a decision on whether or not he is a long-term part of their plans, and relatively quickly. Kuzma is eligible for a contract extension this off-season, and he will become an RFA next summer. He has not tried to hide the fact that he wants to be paid a hefty sum by the Lakers to keep him around, which is what makes the next little period in the Lakers front office very interesting.

Ian Begely (from SNY), says that the Lakers are at a bit of a loggerheads with how best to handle the Kuzma situation.

“In Los Angeles, there isn’t a consensus among decision-makers about signing Kyle Kuzma to a contract extension,” Begely said.

“I don’t see Los Angeles seriously considering a trade of Kuzma in the offseason, but it’s something worth keeping an eye on if you’re a Knicks fan. The Knicks pursued Kuzma in trade talks at the 2020 trade deadline.”