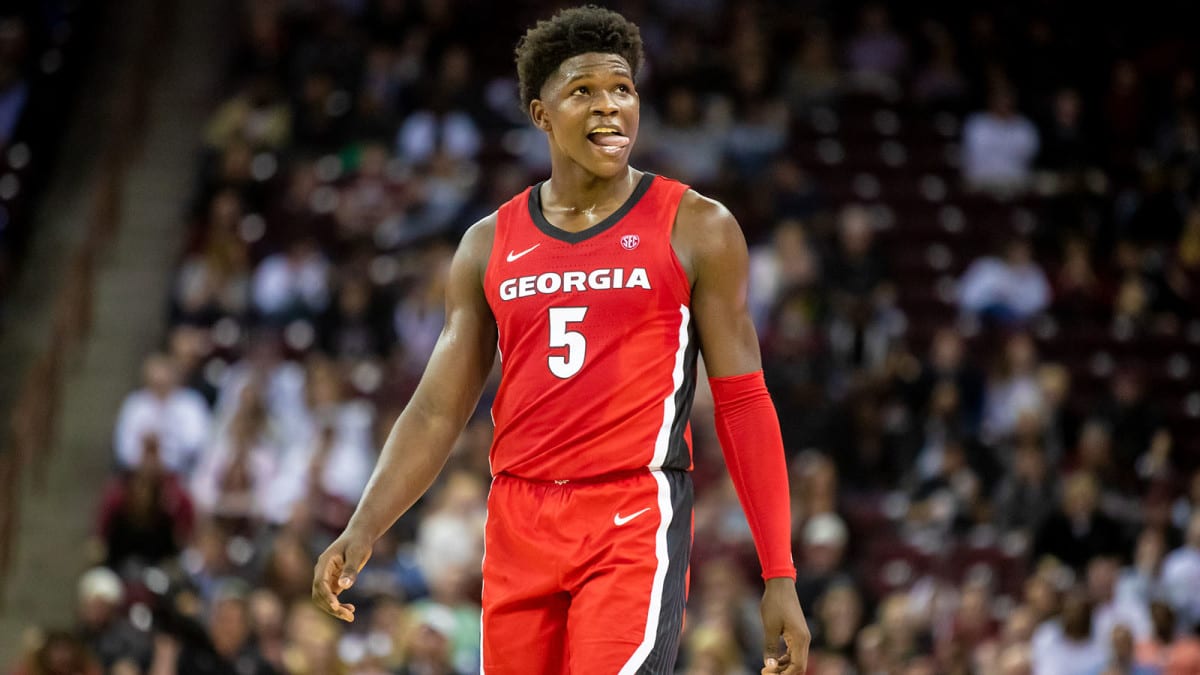 Consensus top 3 pick Anthony Edwards may have seen a slight dip in his stock after the televised pro day workouts.

That is according to ESPN’s Jonathan Givony, who said that “multiple front offices were somewhat discouraged watching Edwards, [because of his] sluggishness and inconsistencies with his jump shot.”

There have said to have been whispers even before the pro day showing that the Georgia Bulldogs’ guard has question marks around a few key aspects of his game, and Givony says his showing may have done little to quell those theories.

However, he still thinks that Edwards will be picked up in the top three with the heavily storied pair of LaMelo Ball and James Wiseman.

Edwards, a 6’5″ guard, averaged a tick below 20PPG in his one-and-done season with the Bulldogs, and his ability to attack off the dribble is undoubtedly the most developed part of his game. His athleticism is without question, but his outside shooting remains the main concern, as he shot less than 30% from beyond the arc last season.

If he is to be taken high in the draft, he seems a perfect fit for the Minnesota Timberwolves, the owners of the No. 1 pick. Edwards would fit seamlessly in with the star duo of D’Angelo Russell and Karl-Anthony Towns as a two-way shooting guard. LaMelo Ball and James Wiseman make far less sense as a fit with the Wolves – given the establishment of the aforementioned duo already at the franchise.