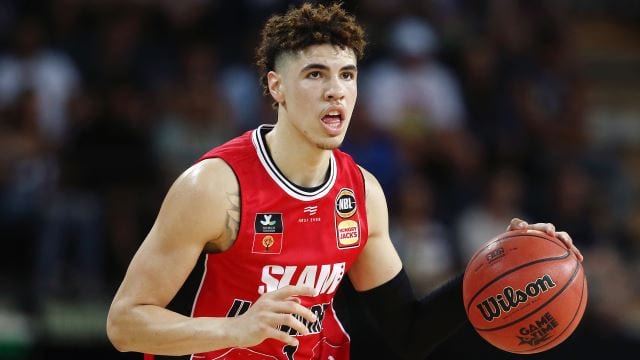 The ‘LaMelo Ball to Minnesota Timberwolves’ noise will inevitably get a little louder today, after news emerged that Ball had met with the Wolves front office on Tuesday.

Sources suggest that the South Cali meeting was strictly an interview, and that no on court workouts took place. The Timberwolves’ president of basketball operations Gersson Rosas oversaw the conversation, also attended by the still fresh head coach Ryan Saunders.

Potential prospects were until recently not allowed to meet face-to-face, but an easing on Covid-19 restrictions means that a slew of these scouting sessions have begun taking place.

It is believed that this meeting was Ball’s first, but the suggestion is that he has another with the Golden State Warriors next week, the owners of the no.2 pick in next month’s draft. If he is to meet with Charlotte and Chicago too, he will have met with the franchises holding all four top picks.

Ball, who looks likely to be picked in the top three, played professionally in Australia last season – averaging 17/7.5/6.8, in a competition with only 10 minute quarters.