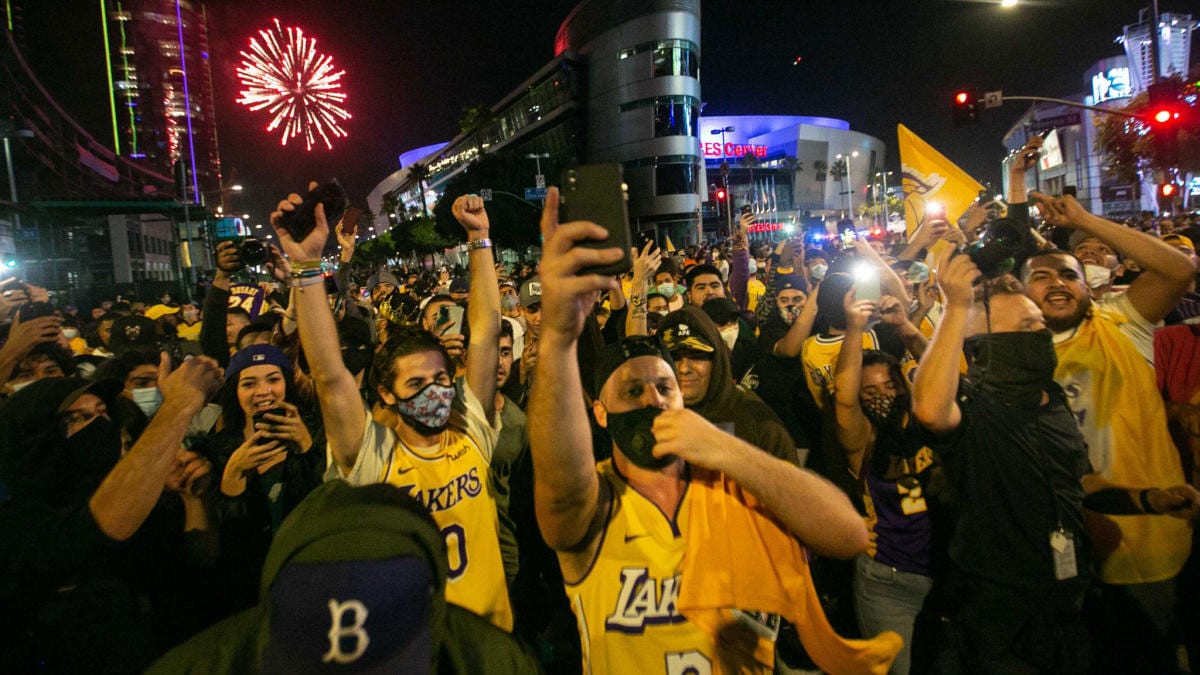 The LA Lakers returned to the promised land yesterday, as LeBron James and Anthony Davis led them to a 17th championship in franchise history.

It has been a long time in the wilderness in the scheme of their historic organisation, who hadn’t been to the finals for a decade. They were also in the midst of a playoff drought going into this season, making the win for the Lakers faithful that much sweeter.

However, their first night of celebrations were soured by damage and vandalism to buildings and businesses, and with the arrests of more than 70 people, as around a thousand people packed into the streets surrounding the Staples Centre to share in the collective revelry of another ring.

Failure to disperse under direction was the main reason for arrest in that group, but there were also people nabbed for vandalism, and assault on a police officer.

Disappointingly, eight police officers were treated by paramedics for injury.

Statements suggest the celebrations were meant to be peaceful, but that those plans were somewhat hijacked when a few unsavoury figures mixed into the group, throwing bottles, rocks and glass at police.

Fireworks were also let off in the crowds, as officers on horseback worked to disperse the crowd.

The mayor of the city, Eric Garcetti, took to Twitter after the incidents to remind Lakers fans that the gatherings were not endorsed.

“As we cheer our Lakers’ 17th championship, please remember it’s still not safe to gather in groups,” Garcetti tweeted.