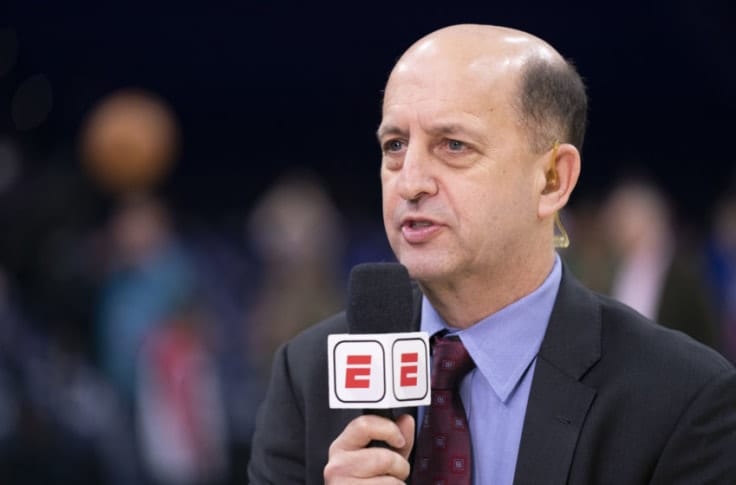 Over these playoffs, we’ve seen a number of pundits laud the colour commentary of ex-coach Jeff Van Gundy. Successful coaching bouts with the Rockets and the Knicks are all decent lines on his coaching CV – which bets the question, does he have a head coaching spot lined up for next season?

He had a tumultuous exit with the Knicks, resigning during his contract years, and then was laid off by the Rockets, also whilst on contract. His years as a TV commentator have been phenomenal, but the question is now hotter than it’s been for years – can he grab another franchise and become their head coach?

ESPN’s Brian Windhorst thinks as much.

“All of us know Jeff Van Gundy,” Windhorst said.

“He’s a colleague. He really badly wants to get back into coaching. He’s really tried to reinvigorate his career. He really wants another job, and Houston is his home.”

The Rockets may be a landing spot for Van Gundy, who fired Mike D’Antoni when Houston were folded in the second round of this years playoffs to the LA Lakers.

Either way – it’s worth keeping an eye on. A number of franchises could be worse for having Van Gundy pulling the strings heading into the 2020/21 season.