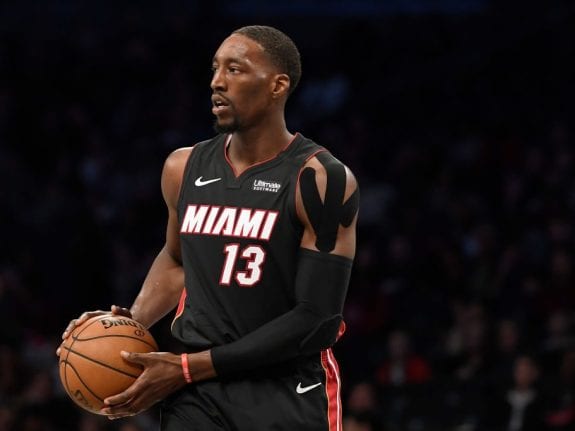 Miami Heat centre and all-star Bam Adebayo is set to return to the starting lineup for game 4 of the NBA Finals, after missing games two and three with a neck and shoulder injury.

It is a massive boost for Erik Spoelstra’s men, who rode a career game from Jimmy Butler in game 3 to eat into the LA Lakers’ two-game series advantage.

Whilst Adebayo is officially listed as questionable, sources have told ESPN’s Adrian Wojnarowski that he intends to take the floor come tip-off.

It may well be a double boost for the Heat, who may also potentially get the services of guard Goran Dragic back, who has missed the last two games with a left foot injury. Whilst he is in considerable pain, he will go through warm-ups, and will play if the pain is manageable.

It is a vital game for the Heat, who were awesome in game 3. They stifled the Lakers offensive weapons, and did all the little things right to take that fixture, leaving the series score 2-1 in the Lakers’ favour. If they were to win today, the series would be all square at 2-2, with it all to play for on the run home.

Game 4 of the NBA Finals tips in just under two hours time.